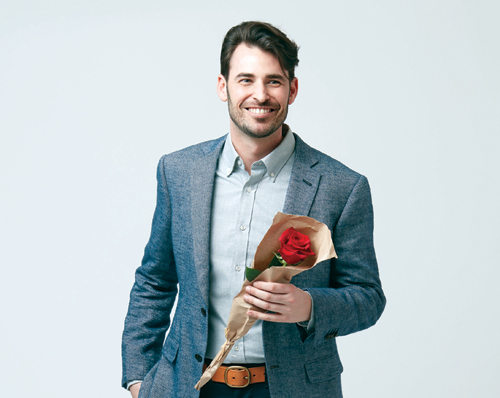 When I got the email announcing I’d been nominated for Sacramento’s Most Eligible Bachelor and Bachelorette, it felt at least a little ironic. To be a bachelor in your 20s is pretty great, but by your mid-30s you’re quickly approaching a line that separates “what a catch” from “what’s the catch?” Congratulations, the email could have read. We’re celebrating the fact that nobody loves you.

But I couldn’t say no to an event that supports WEAVE, a nonprofit that supports people who’ve experienced domestic and sexual abuse. This is the eighth year superstar bloggers Girls on the Grid have hosted Sacramento’s Most Eligible Bachelor and Bachelorette, and last year they raised $25,000 for WEAVE, so obviously they know what they’re about, even if they finally got one nomination wrong.

I’m not an eligible bachelor. My exes can vouch for that. More like inevitable, they’d say. I mean, my track record in romance does have a perfect failure rate, so if I’ve suddenly become eligible, that’s only because the pool is shrinking. Can you still congratulate yourself for climbing the eligibility ladder when you’re the only one left with your hands on the rungs?

For a normal human, this nomination would be an ego boost, but for this introvert, it’s also a panic attack. So you’re telling me I’m expected to attend a party with hundreds of strangers while wearing a heart-shaped name tag and talk to them? But I had no excuse. I knew the nomination was coming. My friend who nominated me, Carly, gave me fair warning. She also said I’d be a shoo-in.

“You’re a writer and a model,” Carly explained. “You’re basically like a character from ‘Sex and the City.’”

You’d think as a model and writer I could manage a social mixer or two since, professionally at least, I’m used to being in front of a camera or interviewing strangers. But those jobs are like acting, and for this I’d have to be, well, myself.

Driving that point home, Girls on the Grid asked me to answer

I probably should have known those answers would be posted on an online gallery where people could read about the nominees. Had it crossed my mind, I wouldn’t have written a short novel that ended up at least three times longer than the other nominees’ profiles.

All of which I read. I might pretend I didn’t care about winning, but of course I did. This was my chance to get a date not through Tinder or Bumble, but in real life. That’s never happened for me. So when the gallery launched the morning of March 28, you better believe I was at my computer ready to check out the competition.

Carly already had told me, since I knew next to nothing about SMEBB, having moved here two years ago (also re: introvert), that nominees took SMEBB very, very seriously. Like running-for-classpresident seriously. If I wanted to win, she said, I’d have to plan a social media marketing strategy, come up with a clever hashtag, partner with one of the Bachelorettes, maybe even host a fundraiser.

“Does that mean I have to go to the social mixer?”

“Yes.” She rolled her eyes. “Have youeven picked your profile picture yet?”

“You’re a freaking model. Get on it already.” So when 7 in the morning rolled around, the time they announced the nominees, I had butterflies. This was a new experience for me. I was never one of the cool kids. Thanks to teeth and ears that required some growing into, my peers called me Fievel. Great movie. Not-so-great nickname. It was just the other morning while dropping my 8-year-old son off at school that one of his classmates tugged my arm and said, “Sir, you have cool hair.”

I high-fived him and walked out those doors feeling like a bona fi de badass. That’s right: A compliment from a secondgrader got me thinking that maybe I’ve got this after all.

And then I saw the competition. There was CEO of this and owner of that, and State Assembly so and so, and all these guys with actual jobs and 401(k)s. And if that wasn’t enough, there was a picture of a guy holding not one but four puppies. Four. Come on, man, at least make it a

competition. What woman isn’t going to vote for the guy holding four puppies? Oh, that’s right, the woman voting for the firefighter holding a baby. Clearly these guys weren’t going to play fair.

While reading the other profiles, I got a Facebook notification for a friend request from somebody named Jeremy. We had mutual friends, so I accepted, and after another minute, I received a second notification. Jeremy had sent me a message.

“Wow, you’re extremely handsome,” he wrote. “Can I take you on a date?”

I was flattered and said so, and that I would, except for one complication: I’m straight. Still, who doesn’t like to get asked out?

“You’d be surprised,” he wrote back.

Not bad, I thought. Five minutes into this and I’ve already been asked out once. Sure, by a guy, but at this rate I’ll need to buy a planner. I’ll be swimming in dates by the end of this thing.

Except I wouldn’t. I didn’t get another friend request, and I didn’t get asked on another date. Jeremy was it. I should have said yes. The well had run dry after the first sip. I may be a model and writer, but I’m not a dude holding four puppies.

April 6, the day of the “nominee mixer,” and apparently my stomach’s butterflies reverse-metamorphosed into gnawing caterpillars. It was raining that night, but I began sweating as soon as I started up the steps at Blue Cue, where Girls on the Grid greeted me, pinned a heart to my chest and threw me to the wolves.

People chatted in small circles, and I saw a few “hearts” navigating deftly, some indifferent parties playing pool, but not a familiar face in sight. So I did what any other self-respecting adult would do: I awkwardly sat alone and read old text messages, laughing once in a while to make it look natural.

Then, looking up at the bar, I saw a familiar face: Jeremy, the guy who had asked me on a date the week before. I approached him, introduced myself and basically said, “I don’t know a soul. Save me.” He bought us both a drink, grabbed my arm and said, “Let’s go. We’re winning this thing.”

God bless Jeremy and the many gin and tonics he furtively passed me that night. He truly whirled a dervish, recruiting votes: “Have you met Jordan yet?” he’d ask, pulling us into existing conversations. “He’s one of the nominees, a great father, supports a wonderful cause, annnd”—he’d stretched it out—“a model.”

“And writer,” I’d add, before we moved on to the next group, newer acquaintances and stronger drinks. I met more people that night than I had the previous two years in Sacramento; I just can’t remember their names.

The next morning, I felt an emotional hangover from all that socializing, so I decided to get out of town for a few days to recuperate, even though that meant I’d miss the nominee video spot for “Good Day Sacramento.” We’d been asked to bring an artifact that represented us. I heard somebody brought his dog, that clever sonofabitch. I had considered pulling my son out of class to use for leverage, but instead I took a small job in Santa Cruz to escape the responsibility altogether.

The day before the finale, I was actually standing in line to ride the Boardwalk’s Haunted Castle when one of the bachelorettes texted me, asking if I had any last-minute plans to market myself on social media.

“You do know the voting ends in an hour, right?” she texted back.

The writer in me objects to undermining the arc of this story, but by now you’ve probably guessed that I did not win Sacramento’s Most Eligible Bachelor. I came up with no clever hashtags, I posted minimally and I didn’t take advantage of an alliance (though I ostensibly partnered with Claire Conlon, who placed second, but I could ride her coattails only so far). When Jeremy said we were going to win this thing, he didn’t realize he was taking on the campaign of an unwilling candidate. Jeremy deserved better, the Frank Underwood of SMEBB, but I was his Jeb Bush.

I was even more nervous the night of the finale, even though this time around I wasn’t a total stranger. Still, I don’t know the protocol for interjecting myself into a conversation, and I’ve been told I scowl when I get nervous, which doesn’t exactly shout, “Hey, let’s be friends!” This is why people pick up habits like smoking, to have something to do other than wander around the room scowling at strangers. So I walked onto the patio and bummed a cigarette from a man smoking alone.

“You know you’re going to ruin your chances of winning if people see you doing that,” he said, handing me the cigarette.

I had forgotten about the scarlet letter on my chest. “Well, thank God the voting closed last night,” I said, dragging the cigarette.

I thanked him, then bought a gin and tonic at the bar, where I found a bachelorette I’d met the week before, and asked, “Are you nervous?”

“No. What’s to be nervous about?” She narrowed her eyes at me and laughed. “You’re nervous, aren’t you?”

No, I lied. Me? Nervous? Pfft. Why should I be nervous?

On cue, the emcee called the nominees up front, where the 40 of us stood facing hundreds of men and women dressed to the nines, affable every one, and each just as deserving to be standing in my place.

They drew out the suspense by announcing the second and first runners-up.

Nope, not me. But for a moment I thought that maybe, just maybe I’d be second.

Well, at least my odds for first had just improved.

I suppose it could be me.

There’s no way it’s going to be me.

Who am I kidding? I don’t even want to win.

I drained my gin and tonic.

I knew it. The firefighter. They couldn’t have put the crown on a better candidate. He and I had met at the mixer, both acting like a couple of loners at the bar, laughing that we didn’t know how two introverts like us were even nominated.

While people congratulated Chad, I overheard one bachelor say to another, “I would have bet $100,000 you’d win,” to which he replied, “Yeah, me too. I’m surprised I didn’t.”

As for myself, I would have been surprised if I had won. But then again, I kind of already did. We all did really, and especially the people supported by WEAVE. When I told friends that I had been nominated, a few told me that SMEBB was just a glorified popularity contest. Maybe, but even then, any event that cares enough to raise money and awareness for people suffering in our community, well, that’s a party that even this introvert will attend, again and again and again.