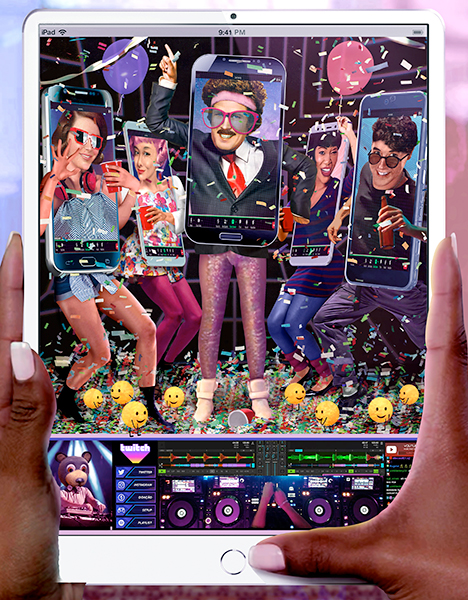 When midtown resident Melissa Granville realized there was no way she could safely celebrate her birthday in person last April, she was undeterred. “Typically, I would go to a bar or club,” she says, “so instead I reached out to Ms. Manners, a DJ friend of mine, to see what it would cost to have her DJ my birthday party over Zoom.”

She posted invites on Facebook and Instagram, asking friends to “dance, get drunk, and get weird.” In lieu of presents, she requested her friends donate to a local organization for refugees and raised nearly $500.

On the night of the party, Granville got into her Zoom account early to welcome guests while the DJ played music on Twitch, another livestreaming platform. Over the span of two hours, nearly 30 guests joined in on the dancing, and they could request songs through the chat box. What could have been an awkward bust was a hit. “The secret was I just had to make it engaging,” says Granville. “Had I just shown up and sat in front of my screen, I would not have been modeling what I wanted people to do and enjoy.”