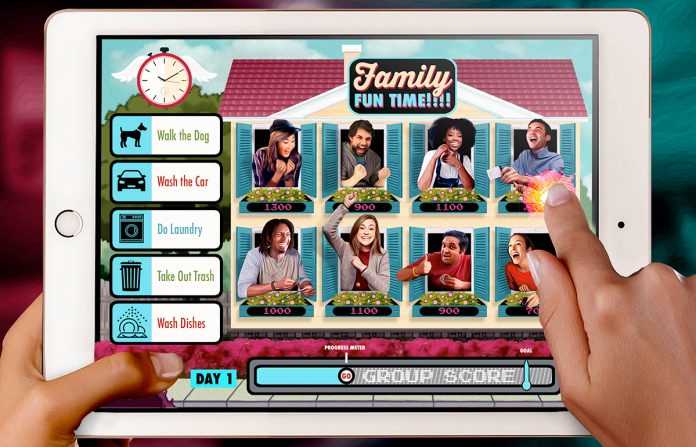 Not everyone has the confidence or desire to break out a few dance moves in front of their webcam, so for the two-left-footed, there’s always game night.

Elyssa Rodriguez found her social life transitioned well to Zoom when paired with Jackbox, a party game system. Using Jackbox is as simple as downloading an app that allows each player to use their phone or tablet as their controller. While initially envisioned to be played in person, the app translates well to distanced games and can be set up alongside a Zoom session. The games available on the app are often irreverent and potentially naughty.

“It’s super fun,” says Rodriguez, who used it to stay in touch with friends and family. “I thought it wouldn’t work as a distanced thing, but it’s actually great. You just have to play with people who you think are funny.”

And one more thing: “It helps to have a drink or two.”