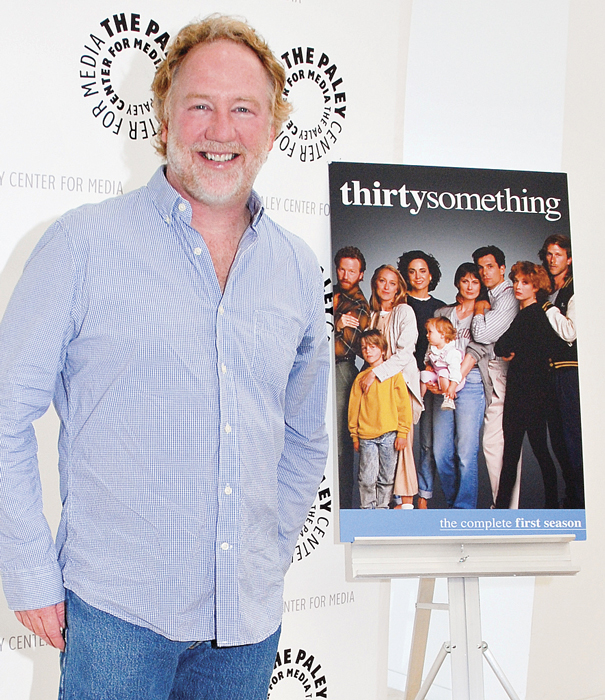 Like most of the baby boomer fans of “thirty something,” the late ’80s hit TV show in which he starred, Timothy Busfield is now—gulp—50-something. But the actor/director, who’s 52 to be exact, maintains a sense of humor about the aging thing. “I feel the same as I always have—just more tired,” he says. “I don’t enjoy milkshakes any more, but I listen tothe same music: Beatles, Steely Dan, Crosby, Stills, Nash & Young.”
These days a busy director (mostly for TV), the Emmy award-winning Busfield makes his home in New York but maintains deep ties in Sacramento with the B Street Theatre, which he co-founded with his brother, Buck.
With the first season of “thirtysomething” recently released on DVD, we thought it fitting to catch up with Busfield. Here’s what he had to say.

On the “thirtysomething” experience, in a word:
Artistic education. I hate to cheat on the one word, but it was both.

On the ongoing interest in “thirtysomething” and its popular Facebook page:
The interest has never surprised me because the scripts were some of the best ever written. It was groundbreaking, realistic, funny, tear-jerking, and often quite complex and compelling.

On the B Street Theatre:
B Street and the entire Children’s Theatre corporation is my most favorite and most important accomplishment to date. I believed in 1986 and I believe today that if we don’t put performing arts into the schools’ curricula, they will die. If children grow up with theater, music and dance in school, they are much more likely to return as adults—both as artists and audience members.