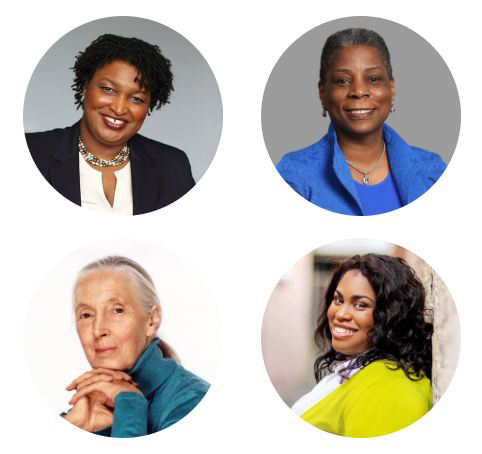 One of the most influential women in U.S. politics, Stacey Abrams, is the headline speaker during Thursday’s California Conference for Women. The virtual event will be live-streamed from 9 a.m. to 5 p.m. and costs $150 per person.

Abrams narrowly lost her groundbreaking 2018 gubernatorial bid in Georgia, and her efforts to increase voter registration are largely cited in the January wins of both of Georgia’s Democratic U.S. Senate candidates.

The conference, offered during Women’s History Month, “will focus on helping women move forward from a pandemic and economic crisis that forced more than 2.2 million women to leave the workforce in 2020.”

The conference’s other speakers include Ursula Burns, the first Black woman CEO of a Fortune 500 company (Xerox Corp.); Dr. Jane Goodall, whose field work with chimpanzees and humanitarian efforts through the United Nations have gained her worldwide fame; and Angie Thomas, best-selling author of “The Hate U Give.”

Those “expert-led” sessions, according to organizers, will focus on “resiliency, dismantling inequalities at work, parenting and breaking bad habits.”

The Conference for Women concept is a nonprofit, nonpartisan movement whose events in 2020 attracted more than 40,000 attendees.

Tickets for Thursday’s conference are sold on the Conference for Women website, where you also can find a list of the event’s other speakers and more information about the format and ticket benefits.