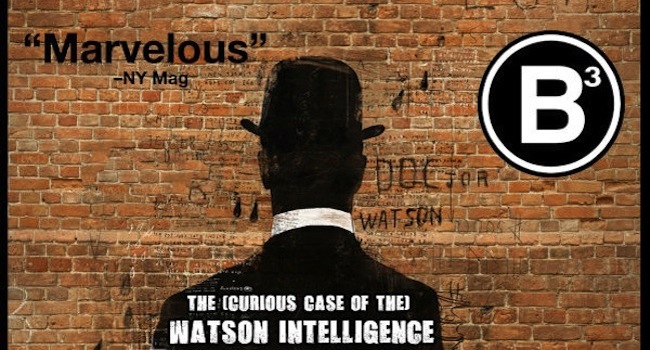 You’re probably familiar with Dr. Watson, Sherlock Holmes’s trusty sidekick, and maybe even with Thomas A. Watson, who helped Alexander Graham Bell build the first telephone. But the new comedy at the B Street Theatre, “The (Curious Case of the) Watson Intelligence,” playing Jan. 6 through Feb. 7, will having you wondering “Who exactly is Watson, and why is he such a smarty pants?”

The show is part of B Street’s B3 series and it examines the many faces of Watsons through history—Holmes’s right-hand man, Bell’s assistant, the super-computer that became the reigning “Jeopardy!” champion, and the play’s protagonist, an amiable techno-dweeb looking for love. The play even earned playwright Madeleine George a Pulitzer Prize nomination in 2013—talk about art smarts!