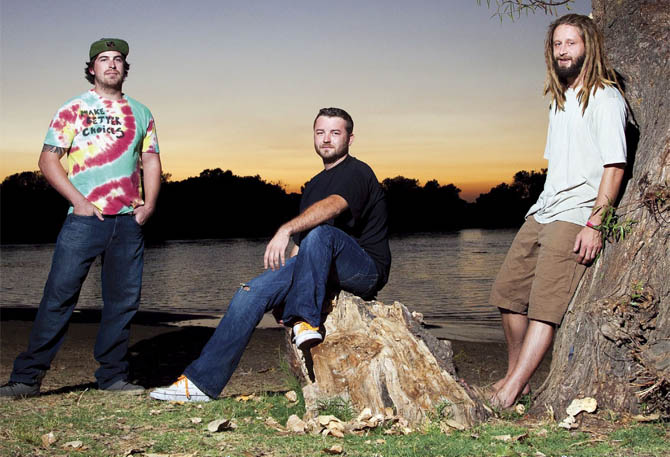 As the days get shorter and temperatures drop, the impending threat of winter can leave you a bit depressed. Find relief with the sunny funk-reggae of Massive Delicious. One listen and you are sure to feel like you are on a sun-drenched Caribbean island.

Crawford started the band in Boston. About a year ago, Conn, originally from Sacramento, decided to move back to his hometown. Rosato followed suit and the two formed a band. When the original singer bailed, Crawford moved to Sacramento and took his place, and the current lineup of Massive Delicious was born.

Although together less than a year, Massive Delicious released a self-titled debut album in July 2012. Influenced by artists such as Miles Davis, Red Hot Chili Peppers and Lettuce, the band’s bouncy yet languid tunes are threaded with notes of jazz and rock ’n’ roll. Consumed by writing music, the members continually try to push the limits of their sound. This newness is what excites audiences, says Rosato: “We want to make it as awesome an experience as possible.”

Indeed, live shows are full of vibrant, positive energy generated by the band’s catchy songs and Conn’s giddy movement. “Our goal is to tour the planet and make people dance all night long,” says Rosato. The band completed a five-week tour this fall with fellow Sacramento band ZuhG and plays its one-year anniversary show at Town- House Lounge on Nov. 23.