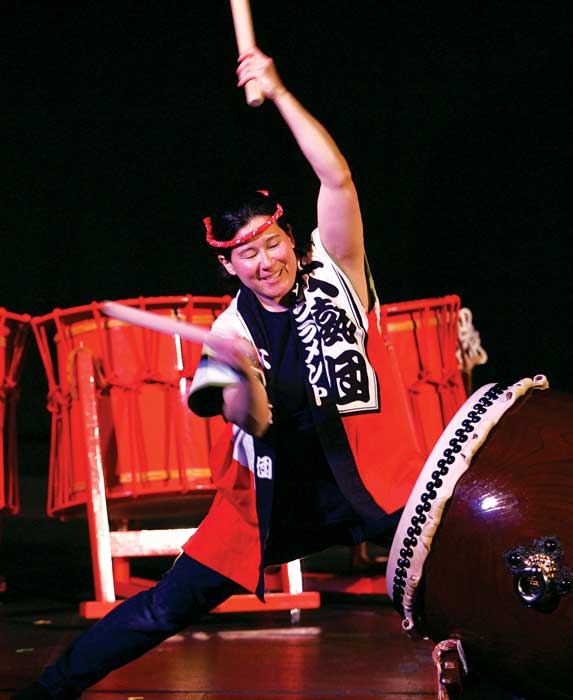 When she was a tiny tot growing up in Sacramento, Tiffany Tamaribuchi would go to Buddhist festivals with her mother “and sort of stand in front of the drummers with my mouth hanging open,” she says. Her fascination with the powerful Japanese ensemble-style drumming known as taiko (meaning “drum” or “great drum”) was so fierce that it became a way of life. Now a bona fide taiko master, Tamaribuchi in 1989 formed the nonprofit Sacramento Taiko Dan, which celebrates its 21st anniversary by burning up the stage at the Crest Theatre on Saturday, Sept. 18. There will be a mix of adult and youth performers, says Tamaribuchi, and a mix of traditional and contemporary styles. Mostly, she notes, it will be intense. “Taiko is very energetic, very physical and very accessible,” says Tamaribuchi, who also will perform. “It’s a very pure form of expression.” The Crest show kicks off at 7 p.m. at 1013 K St. For tickets and information, visit thecrest.com.