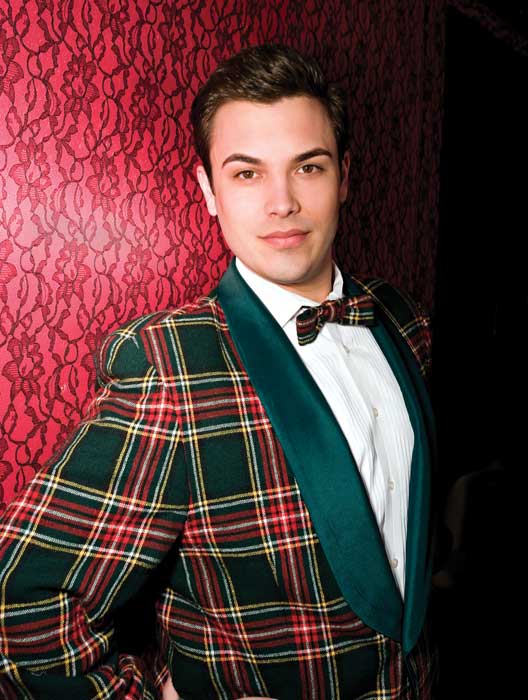 At the ripe old age of 20, Nick Adorno has chalked up enough theater credits to qualify for veteran status. “One time, I tried to count all the shows I’ve done, and it’s probably about 65,” says Adorno, a singing/dancing/acting machine who has spent much of his stage time in school productions (he’s an Oakmont High grad) and at the Magic Circle (now Civic Theatre West) in Roseville. This holiday season, Adorno brings his beguiling tenor to the Civic Theatre stage as Jinx in Plaid Tidings, a Forever Plaid spinoff featuring a male singing quartet performing holiday standards and other hits. While Adorno’s big solo number is “Besame Mucho,” which segues into “Kiss of Fire,” the main job, he says, is to get those tight four-part harmonies right. “I’m the first tenor, so I have the highest harmonies,” says Adorno. “It’s a little more difficult than a show with a big ensemble.” Challenging, yes—and great practice for a local kid who dreams of being a Broadway star. But first, Roseville. Catch Plaid Tidings Friday and Saturday at 8 p.m. and Sunday at 2 p.m. through Dec. 18 at Civic Theatre West, 241 Vernon St. in Roseville. For tickets and more information, visit civicwest.org or call (916) 782-1777.