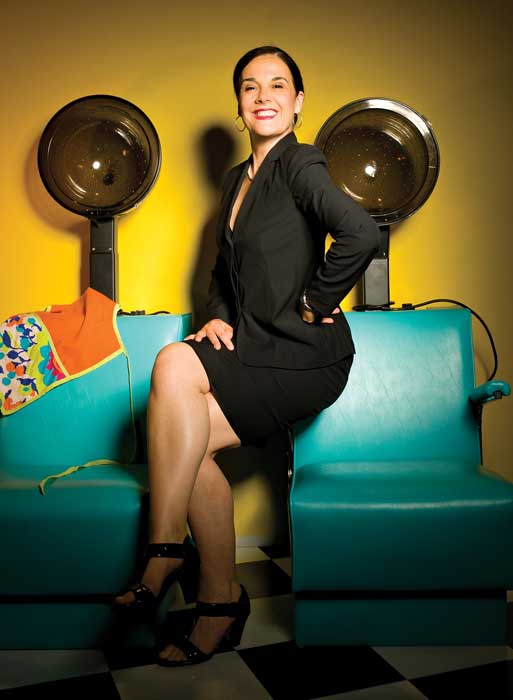 Luck and timing, not to mention talent,  were on Jamie Jones’ side when she auditioned for Shear Madness, the wacky murder mystery appearing at The Cosmopolitan Cabaret in Sacramento through Sept. 5. “It just so happened that I was playing the part of Ginger in Becky’s New Car at B Street at the time of the audition, and her character is cut from very much the same cloth as this character in Shear Madness—kind of a high-society WASP with a sense of humor,” says Jones, 50. “I think that definitely helped me to warm up for the audition.” A veteran actress best known locally for her connection to B Street Theatre—she’s both a member of the acting company and co-director of the theater’s conservatory along with hubby Michael Stevenson—Jones is especially excited about the highly interactive nature of Shear Madness. “I’ve never really done a show that has such an improvisational audience participation component,” she says. “It’s kind of a different animal for me.” What’s also different: Shear Madness is localized to the city in which it’s performed, and the audience gets to solve the crime. Directed by Bob Lohrmann, the California Musical Theatre production is the show’s local premiere. For more information, visit californiamusicaltheatre.com.