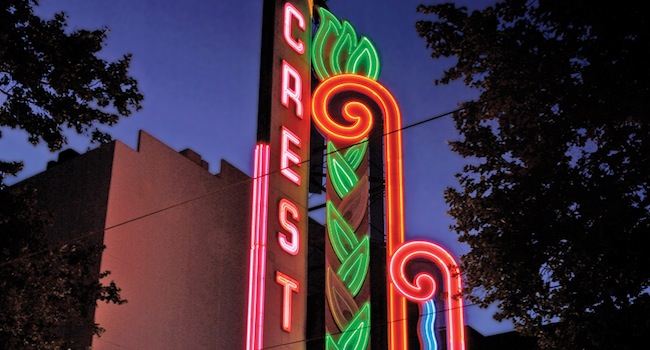 There’s a sentimental reason why the 1952 film “Singin’ in the Rain”—you know, the one with Gene Kelly twirling and dancing through a massive downpour, with an umbrella as his “partner”—will be screened at the Crest Theatre at 7:30 p.m. on Friday, Oct. 17. Just as the classic MGM musical was shown in 1986 when the then-darkened historic art deco theater was being reopened, it is now being brought back to the big screen to commemorate the end of the theater’s 28-year run under the current management team, CSLM Inc., led by Crest general manager Sid Garcia-Heberger. “It is with great sadness that we make our departure, but not without celebrating our accomplishments,” wrote Heberger in a letter sent to “friends” of the Crest.

For the Crest’s many longtime supporters and fans, it will indeed be hard to “sing” through this particular rain. But it should be a night to remember.