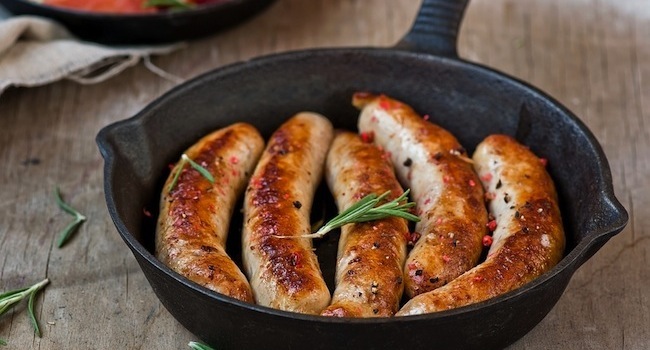 In the age of Pinterest and DIY homesteading blogs, self-sufficiency is synonymous with cool, especially when that self-sufficiency has to do with food. But while your average adult can probably bake a decent apple pie (or at least has a grasp on the basic concept) or slap together a homey rustic baked mac ‘n’ cheese, once you get into the DIY meat department, things get a little iffy. It’s not every day that you hear about a coworker drying their own pancetta or curing their own bacon.

For many, meat is a little intimidating. It’s easy to mess up, it’s expensive, and then there’s the whole dead animal thing. But DIYing your own meats doesn’t have to be hard. This is where the Sacramento Natural Foods Co-op steps in. On Thursday, Jan. 15, they’re offering a one-night sausage-making workshop that promises to teach you the basic ins and outs of the art of the sausage stuff. Master sausage maker Jon Gonzales of the El Dorado Meat Collective will teach learners how to grind, season and stuff sausages into natural casings, as well as how to choose the best meat cuts for the job. This class is designed for at-home cooks, so class participants will be able to take what they’ve learned and translate it to their own kitchen with confidence. For more information about this class and other classes offered at the Sacramento Natural Foods Co-op, see here.