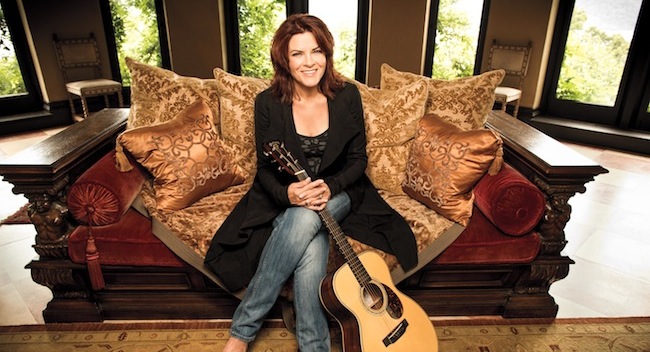 The apple didn’t fall far from the tree for Rosanne Cash, a brilliant singer-songwriter who just happens to be the daughter of the legendary Johnny Cash. Ironically, Cash will be performing on Oct. 3 in Folsom—her dad’s old stomping grounds—though she won’t be at Folsom Prison; instead, she’ll take her bows at the Harris Center. The show celebrates the release of her much anticipated and widely acclaimed new album, “The River and the Thread.”

First known to the mainstream via her huge crossover hit, “Seven Year Ache,” in 1981, Cash—known mainly to country audiences despite a musical blend that includes folk, rock and blues—has continued to make waves through the decades, earning 21 Top 40 country singles including “I Don’t Know Why You Don’t Want Me” (which also earned a Grammy Award), “Tennessee Flat Top Box” (a Johnny Cash cover) and “If You Change Your Mind.” Though she’s been stalled a few times by health issues, including a vocal polyp that rendered her unable to sing for more than two years and, more recently, brain surgery for a rare condition, Cash keeps picking herself up and moving forward, earning consistent critical acclaim for her music while simultaneously carving out a name for herself as an author of books, essays and short stories. She doesn’t come this way often, so the Oct. 3 show is a big deal for local music fans.

For more information and to purchase tickets, visit harriscenter.net.