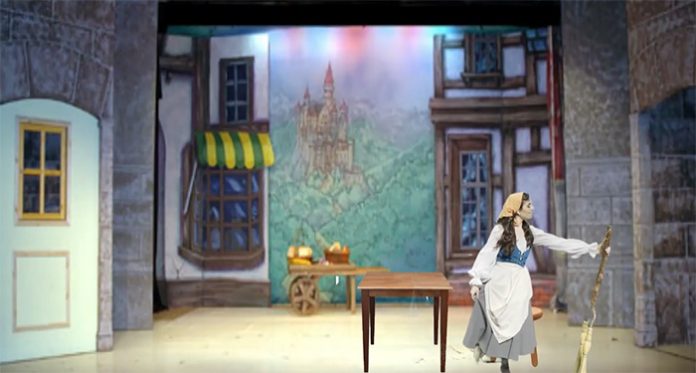 Oh, if only some charming young prince would arrive on the scene and rescue us from the pandemic – and from the drudgery of housework, while he’s at it.

Plop that mop in the bucket and shake off that apron! Settle in for classic fairytale entertainment as the Davis Musical Theatre Company presents a virtual performance of “Cinderella” running through Sunday, March 21.

The musical, created by the legendary pair of Richard Rodgers and Oscar Hammerstein II—whose other works, as you probably well know, include “The King and I,” “South Pacific,” “Oklahoma!” and “The Sound of Music”—will be streamed live Saturday, March 19 and 20; and at 2 p.m. Sunday, March 21.

Hannah Salas stars as Cinderella, Beth Ellen Ethridge is the Fairy Godmother and Hugo Figueroa is Prince Charming. Richard Spierto and Chris Cay Stewart are the King and Queen, respectively.

“The timeless enchantment of a magical fairy tale is reborn with the Rodgers & Hammerstein hallmarks of originality, charm and elegance,” the DMTC says in promoting the event. “Originally presented on television in 1957 starring Julie Andrews . . . ‘Cinderella’ was the most widely viewed program in the history of the medium.”

The new local production is directed by Steve Isaacson, with musical supervision by Kyle Jackson and choreography by Arianna Manabat. It is based on the original Broadway version, which again was adapted for TV in 1965 and starred Lesley Warren, and was remade for the big screen in 1997 with Brandy and Whitney Houston.