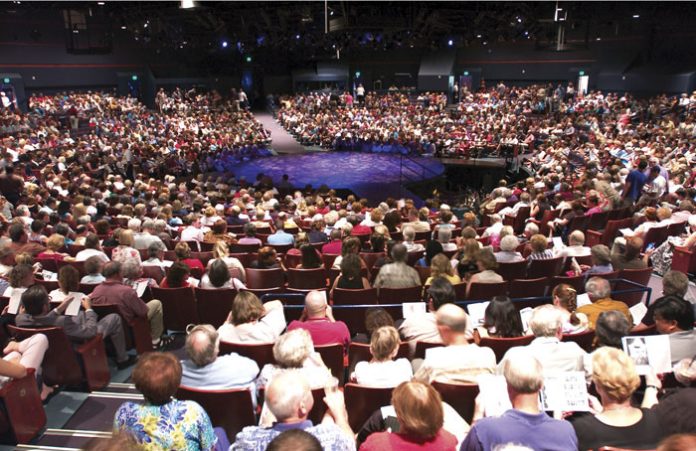 Q: When buying tickets for one of the local theaters, how can I make sure I’m getting good seats? Sometimes the seating chart doesn’t tell the whole story.

A: First, consider the design of the theater itself, suggests Christopher McSwain, community affairs director of California Musical Theatre.
“Every theater is unique, and every seat in that theater provides a different point of view,” says McSwain. The rake—the slant or incline of the seats—is especially important: At the Wells Fargo Pavilion, for example, McSwain says it’s generally agreed that the best seats begin at Row O, where the rake jumps from 6 to 12 inches.
But you also need to consider the kind of performance you’re seeing.  While being a little farther back is ideal for dance performances and other shows with broad production values, you may want to be closer to the front for a speaker.
Historically, the front tier is considered the spot for the best seats in the house, adds Camille Spaccavento, Mondavi Center’s director of marketing. “That’s where the kings sat, while the masses sat in the orchestra (ground floor). You never have a head in front of you in the front tier, and it’s also a place to be seen, socially.”
But that thinking has changed through time, she says.
“Generally speaking, the market is shifting to people thinking that orchestra seats are the best because of the way they’re sold at concerts, sporting events and that sort of thing,” she says. “But for theatrical productions, it really isn’t the best seat.”
Want a better shot at scoring good seats? McSwain suggests consulting the theater’s box-office staff instead of blindly ordering tickets online. Becoming a subscriber of a performing-arts venue also gives you first dibs on seating, adds Spaccavento.