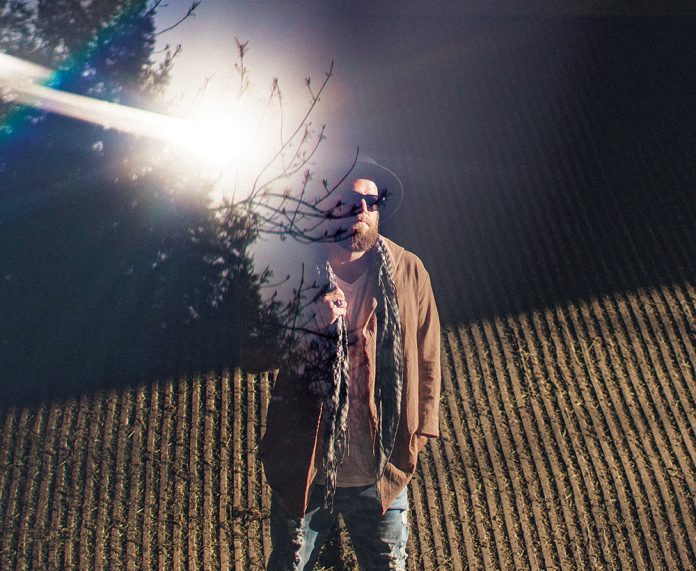 Is poetry undergoing a renaissance? It sure feels like it. In the first two months of 2021 alone, National Youth Poet Laureate Amanda Gorman reawakened us to the power of poetry through back-to-back performances at the Biden inauguration and the Super Bowl. And just last year, Stockton-based spoken-word poet Brandon Leake won the 15th season of television’s “America’s Got Talent,” suggesting poetry is reaching the masses in a fresh new way.

It’s a national trend, but also a local one. Sacramento has its own thriving poetry scene, and plenty to brag about. In January, one of our city’s two Youth Poets Laureate, Alexandra Huynh, was named one of four finalists in the National Youth Poet Laureate competition. (The winner will be announced May 22.)

But that’s just the tip of the proverbial iceberg. For 21 years running, and separate from the Youth Poet Laureate program, Sacramento has been home to a poet laureate program for their “elders,” ages 35 and up. Originally established by the Sacramento Metropolitan Arts Commission, which has since been renamed the Office of Arts and Culture, the program has spawned eight poets laureate to serve as ambassadors of this important art form, with an emphasis on community outreach. In brief, they take poetry to the people.

To learn more about these fascinating folks, we recently caught up with three of Sacramento’s poets laureate, past and present. 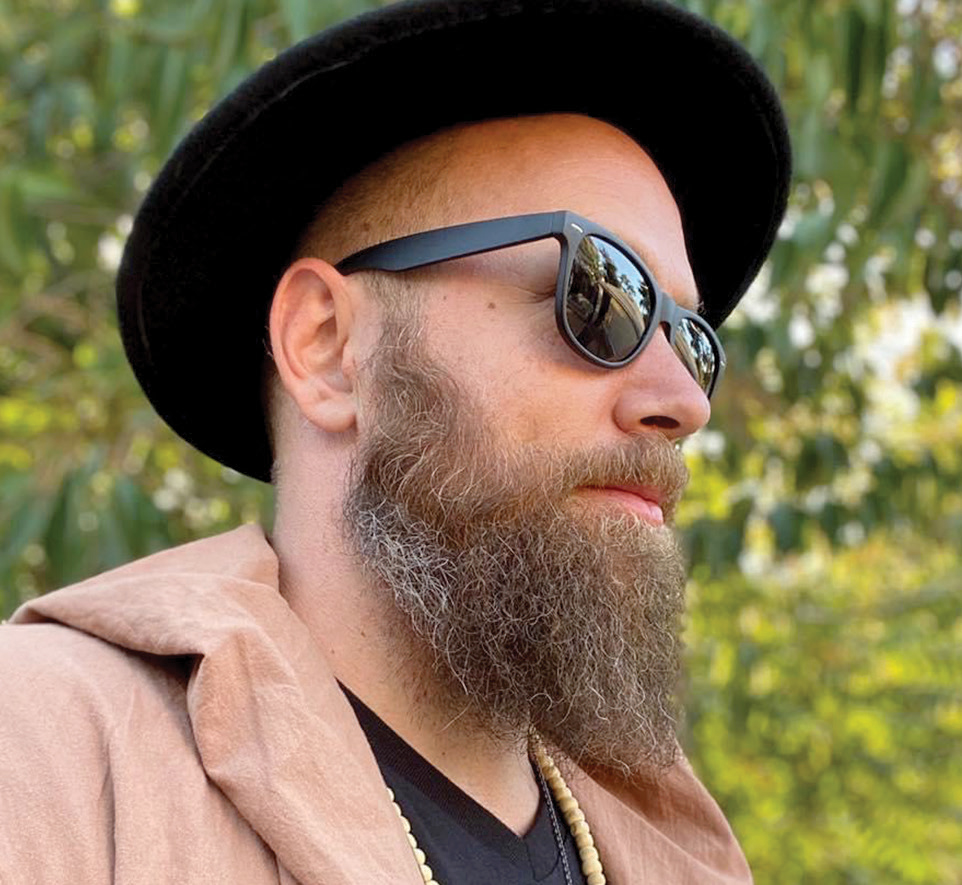 Andru Defeye was just 35 when he was named poet laureate last year, giving him the distinction of being the youngest person in that role in Sacramento history. But that’s not all that’s distinctive about him.

Defeye was born in Wasco, just outside Bakersfield, with a rare congenital disorder, Eagle-Barrett (aka “prune belly”) syndrome, which he describes as “basically being without abdominal muscles. I was always in a lot of pain.” He spent most of his earliest years in the hospital, enduring more than 25 surgeries before the age of 5. Doctors said Defeye wouldn’t make it to age 16. (So much for the crystal ball.)

Unable to release his anger in such typical outlets as boxing or karate, Defeye turned to writing. His first poem, at 13, was a suicide note.

“That poem actually kept me from killing myself,” says Defeye. “I was so proud of it. That poem gave me a purpose. It gave me something to do with my life.” When a teacher introduced him to Allen Ginsberg, Jack Kerouac and other writers, “it changed my whole life,” he says. “It set me on this path.”

His path has not been a traditional one. As Defeye himself points out, he’s not your typical poet laureate. He did not attend college, he doubles as a hip-hop artist (with two albums out), and his poetry springs from spoken word and slam, not iambic pentameter.

“Most of the people who are named poet laureates are 60-year-old adjunct professors,” says Defeye. “There were some older folks that didn’t like that I was so young, a hip-hop artist and not published. What I inherited was a very divided, young-versus-old poetry scene. But I think we can all learn from each other.”

Defeye sees his biggest work as “the work of unity. I’m also focusing on making space for the youth, because they’re the ones who are going to carry on Sacramento’s poetry legacy. Us old poets are cool, but they’re the future.”

To learn more about Defeye, including Zero Forbidden Goals, a support system for creatives, visit guerrillapoet.com. For readings and other local poetry news, Defeye suggests Sacramento Poetry Salon on Facebook. 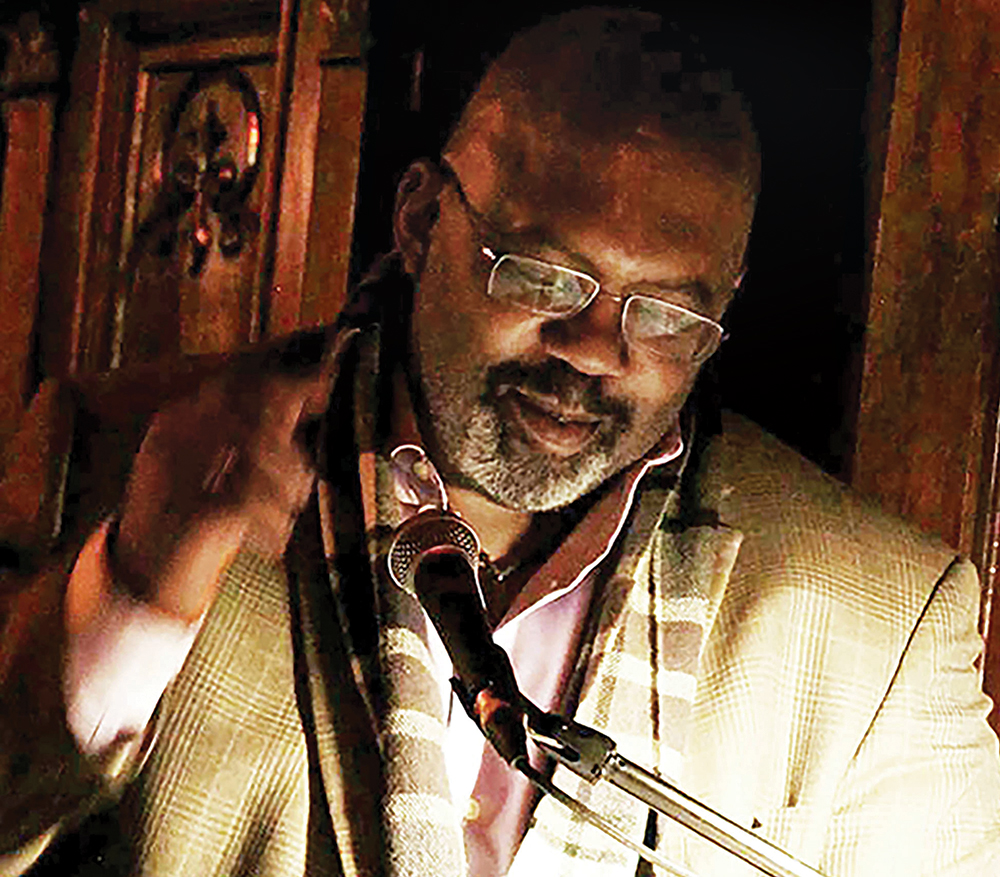 Primarily, Indigo Moor is a poet. But he’s also a professor, a playwright, a U.S. Navy veteran, a bassist and—wait for it—an integrated circuit layout designer for computer companies.

As disparate as it all might sound, Moor sees a connection between the dots.

“People sometimes ask me if there’s a connection between my life as an engineer and my poetry, and there is,” says Moor. “It’s in the ability to concentrate on the minute details.”

He’s always been this way, he says, even as a kid growing up in North Carolina. “As I child, I floated from poetry to writing short stories to painting, and I was always wondering why this or that was working or failing,” says Moor. “I was always detail driven.”

It wasn’t until he moved to Sacramento in the late ’90s, Moor says, that poetry became his focus. He’s since published four books of poetry, graduated from Stonecoast’s MFA program (and served on its faculty), and served as poetry editor for The Bookends Review literary journal, among other things. Currently, Moor is an adjunct professor at Dominican University of California, most recently offering poetry workshops the pandemic way—online.  His newest book of poetry, “Everybody’s Jonesin’ for Something,” is making a bit of a splash, including a second-place honor in the University of Nebraska Press’ Backwaters Prize.

Of his years as Sacramento’s poet laureate, Moor says his biggest takeaway was that it’s all about reaching people.

“If anything, the poet laureate position said ‘remember the people you are writing for and reading for,’” says Moor. “I was trying to reach people who didn’t have a poetic voice.”

Poetry, he says, “gives someone a different way of thinking about something. Poetry forces you to take a moment and sit in that particular emotional time and say, ‘This is why I still have that issue I’ve had for 20 years. This is how I balance it against the world I’m living in.’”

For more about Moor, visit indigomoor.org. 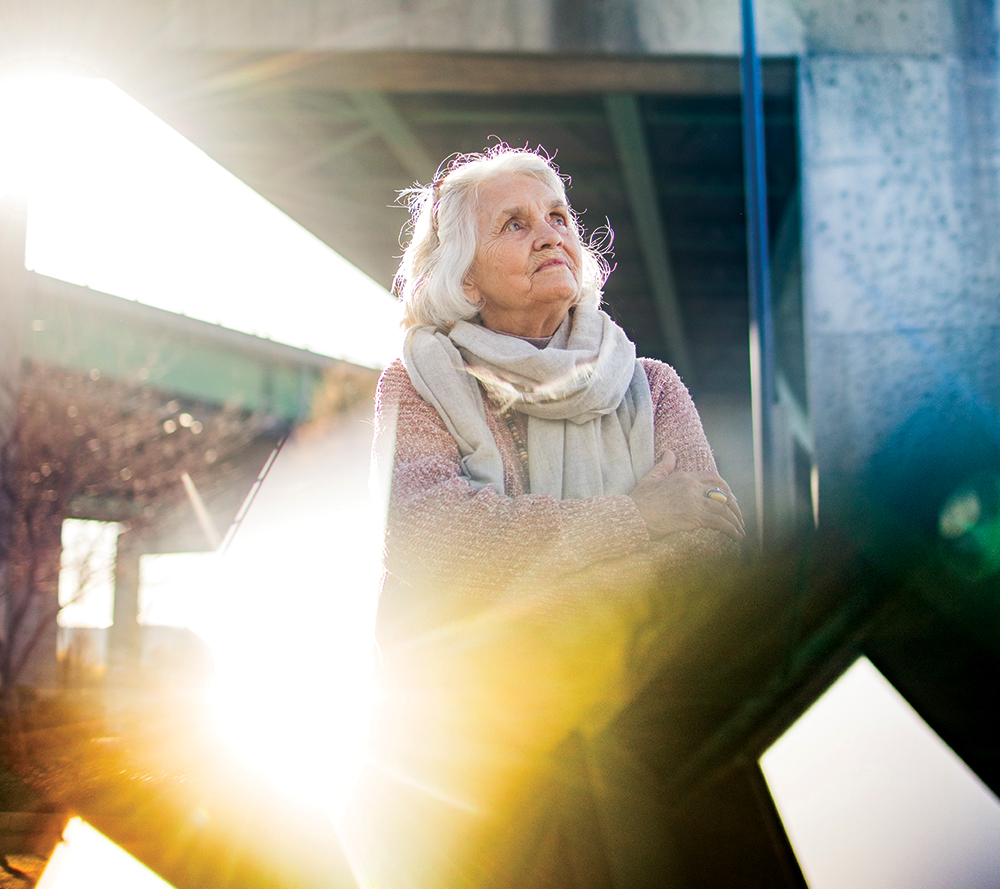 To catch a glimpse of Julia Connor’s vision and work, just go to Poet Laureate Park (in South Natomas, near the library). There you’ll find poetry in the form of steel sculptures in a public art garden, all of them featuring the works of Sacramento’s poets laureate.

It’s just one of several notable projects Connor initiated during her four years as Sacramento’s poet laureate. She was also the mastermind behind Think Postcard!, a communitywide project marrying the written word with visual art, and Poets on Deck, a deck of playing cards featuring the works of local poets and poetry supporters.

“It was a wonderful four years,” Connor says.

For Connor, the community connections were what it was all about. “The greatest thrill with the Poet Laureate Park project has been watching children read those poems and see that language is real—it’s not just some intellectual thing,” she says.

A New York native, Connor originally moved to Northern California with her parents when she was in high school. At 15, a Yeats poem in an English class changed everything. “I did not understand the poem at first, but the hair follicles all over my body stood straight up,” she recalls. “That’s the miracle to me—that poetry can convey something that almost bypasses the intellect.” A serious pursuit of poetry did not happen until her late 30s, when her first marriage ended after 21 years. “I completely disheveled my life and went to San Francisco to study poetry,” Connor says. She earned a B.A. and M.A. from New College of California.

Connor’s long list of accomplishments includes nine published books of poetry, multiple awards and many exhibitions. Though painting and drawing had long been an integral part of her life, she was forced to stop in 2011 when she developed a disorder called essential tremor, which manifested in her hands.

It’s taken years, but Connor is forging new paths. She’s currently working with clay (which, interestingly enough, calms her hands) as a member of clayARTstudio814 (at 814 Alhambra Blvd.). She’s also working on a memoir and—yes!—gathering poems for a new book.

Read more about Connor at juliaconnor.com.

On May 22 a new National Youth Poet Laureate will be announced, and a local is in the running. Alexandra Huynh, one of Sacramento’s two Youth Poets Laureate, is one of four finalists in the competition, serving as West Region Ambassador. “I am incredibly grateful for my communities, whose strength and support have made all of this possible,” says Huynh, a Mira Loma High grad and Carmichael resident. “As a Vietnamese-American poet and Sacramento native, I am honored to bring their stories to the forefront in the National Youth Poet Laureate competition.” Huynh and her co-laureate, Cloudy, were named Sacramento Youth Poets Laureate in 2020 through the Sacramento Area Youth Speaks program. To keep tabs on the competition, visit youthlaureate.org.