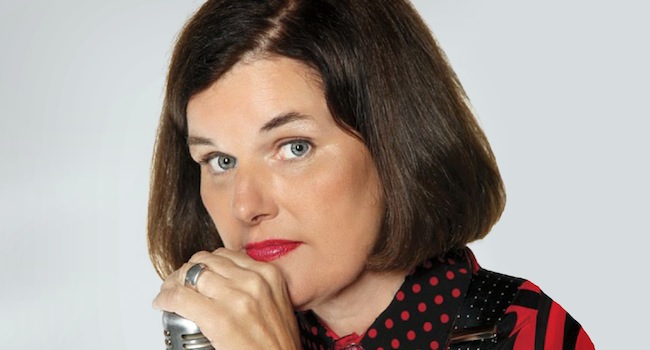 She made a name for herself with her HBO comedy specials and her role as “official correspondent” for “The Tonight Show” with Jay Leno during the 1992 presidential election. Now Paula Poundstone is one of the most revered comedians around, with a resume that includes being an Emmy Award winner, a member of the Comedy Hall of Fame, and the first woman comedian to perform at the White House Correspondents’ Dinner. Comedy fans of the ’90s might remember her best for her classic uniform: blue and red suits and suspenders along with her blunt bob haircut. Now audiences know her from her regular appearances on National Public Radio’s wildly popular news quiz show Wait Wait . . . Don’t Tell Me, where Poundstone shows off her spontaneous wit every week as a panelist. Poundstone’s current comedy tour is bringing her to the Crest Theatre on March 13. Her standup act skews toward observational humor, and she’s known for her impromptu interactions with her audiences (so don’t sit in the first few rows unless you’re willing to take the risk of getting a little attention from the stage). And she claims she never does the same act twice. For more information on Poundstone or her upcoming Sacramento show, see here.