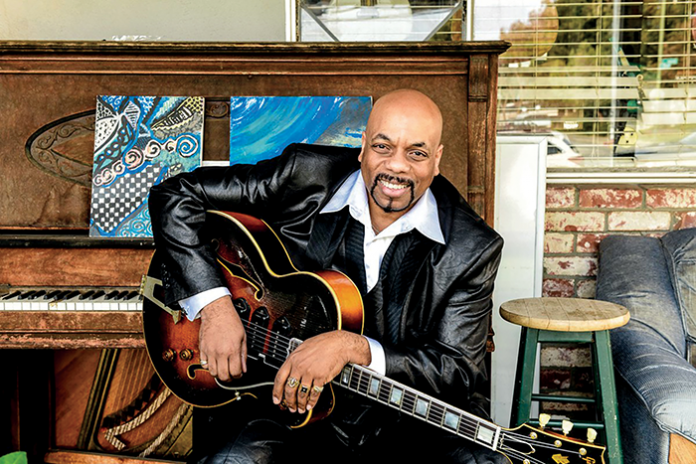 While COVID captivity has wreaked havoc for every working musician, the timing was especially tough for blues/gospel singer Marcel Smith. He had just nabbed a coveted spot as lead singer with The Anthony Paule Soul Orchestra when the world came to a halt.

“We had just set up a bunch of shows in the Bay Area and were preparing for a big European tour including Italy, the Canary Islands and Spain,” says Smith. “All canceled. For me, just being over there would have been a career changer.”

A veteran of the Sacramento music scene from his time with The Soul Prophets in the ’80s and, more recently, Bob Jones and the Chosen Few, Smith has been looking at the big questions. “With the pandemic, how do we function as artists? How are we going to survive doing this? We have to rethink this thing from the ground up.”

Smith is trying to use his “down” time productively, throwing himself into songwriting and supporting other artists. He encourages others to do the same. “If a band is playing or streaming, support them,” says Smith. “It gives us hope that we’re still relevant and valued—that we still have an audience.”

But the virtual world doesn’t really cut it for an artist like Smith, a dynamic performer known to jump off the stage and into the crowd. Being robbed of this outlet is, he says, “killing me.”

Until he’s on a stage again, you can find/buy Smith’s 2018 solo album, “Everybody Needs Love,” on iTunes, Amazon and Spotify. Visit littlevillagefoundation.com to learn more.