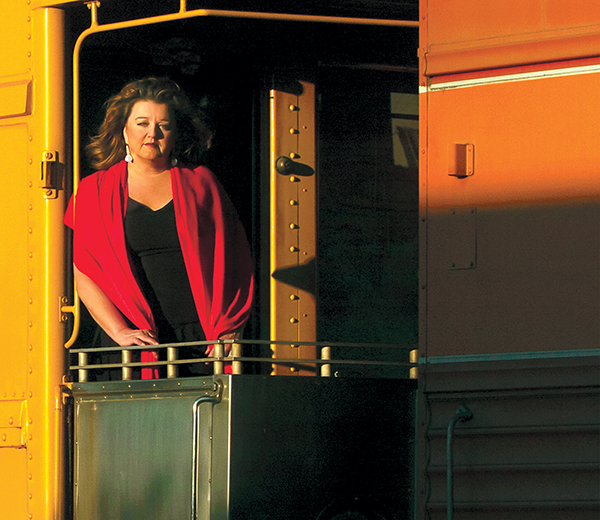 No. 1 lesson learned from the pandemic?

“Don’t be a singer or a horn player; you can’t wear a mask,” jokes vocalist Beth Duncan. “We naturally spew!”

Duncan’s rich, velvety voice has been a Sacramento staple since the ’80s. Whether you’ve caught her doing what she loves most—singing jazz—at places like Piatti or Zinfandel Grille, or have heard her over the airwaves (most recently as a substitute host on Capital Public Radio’s “Insight”), she’s a high-profile player on the local scene. Or was, at least, pre-pandemic.

“The career, in terms of performing live, came to a halt when this hit in March,” says Duncan. “It was like the garage door came down, and then came down a little more, and finally came down all the way.”

But—there is always a but—there was one saving grace: Prior to the pandemic, Duncan was working on a new album, “I’m All Yours.” Recording was in the can, but there were other tasks to tackle before its July 2020 release, such as licensing the music and creating CD art.

Given the uncertainty of the times, Duncan almost shelved the project. But she didn’t. It turned out to be an anchor and a lifeline during otherwise dark times.

“After coming close to pulling the plug, it hit me that completing the album is exactly what I had to do,” says Duncan. “It was a labor of love, and it was meant to be shared. Love and music win out!”

You can find/buy Duncan’s music at bethduncan.com, Spotify and CD Baby.