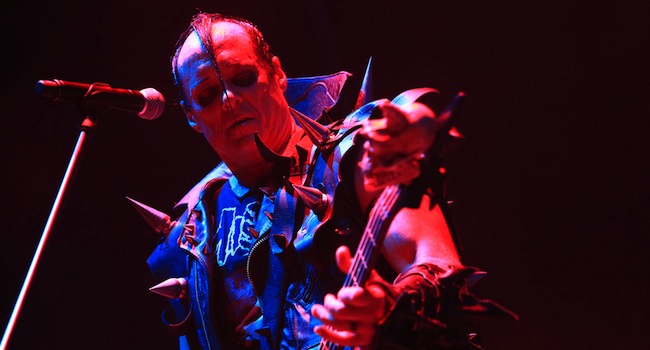 The Misfits are late. The progenitors of the horror punk genre are rolling into Ace of Spades on Nov. 11, more than a week after Halloween. Why is that a problem? Because these granddaddies of the punk scene have better costumes and spookier special effects than probably anybody you saw at your Halloween party. But we’ll give these iconic rockers a pass—at least they’re here. Founded by Glenn Danzig in New Jersey in 1977, the Misfits quickly established themselves as an act to keep an eye on with their smart blending of hardcore punk music with imagery and themes straight out of a horror movie. Though Danzig has now left the band, the Misfits won’t be kept down, and have ended up stealing a member of Black Flag to boost their cred. They released a new album, “The Devil’s Rain,” in 2011, and have been touring since. These guys may not be so fresh anymore, having been busting out new music for nearly four decades now, but they’re living legends. And not only that, but they still can shred. For more information on seeing these punk icons right here in Sac (along with opening acts The Devils Train, Conceived in Chaos and Petty Education), click here.