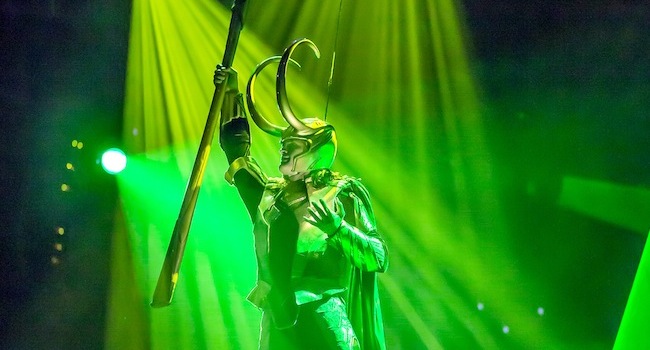 It appears we are in the middle of a Marvel Universe renaissance. The moment Robert Downey Jr. donned the Iron Man suit, it was all over. Nerds rejoiced, and non-nerds realized what they were missing out on. Now people across the world are all “Thor this” and “Loki that.” Marvel can’t even keep up with the demand, and they’re churning out movies seemingly every few months

So if you’re craving your Marvel fix but can’t wait for the Avengers sequel, tide yourself over with Marvel Universe Live at Sleep Train Arena, an all-new live-action arena performance featuring more than 25 of the most beloved Marvel superheroes and villains. The show kicks off with a battle between Thor and Loki before spinning off into high-octane drama with Iron Man, Spider Man, the Hulk, Captain America, and Wolverine as they fight against the Green Goblin, Doctor Octopus, Red Skull, Madame Hydra, Electro and more. Audiences will be as thrilled by the 3-D projections, aerial stunts, martial arts and motocross as they will be by seeing their favorite characters in person. To find out more about Marvel Universe Live show times and tickets, see here.