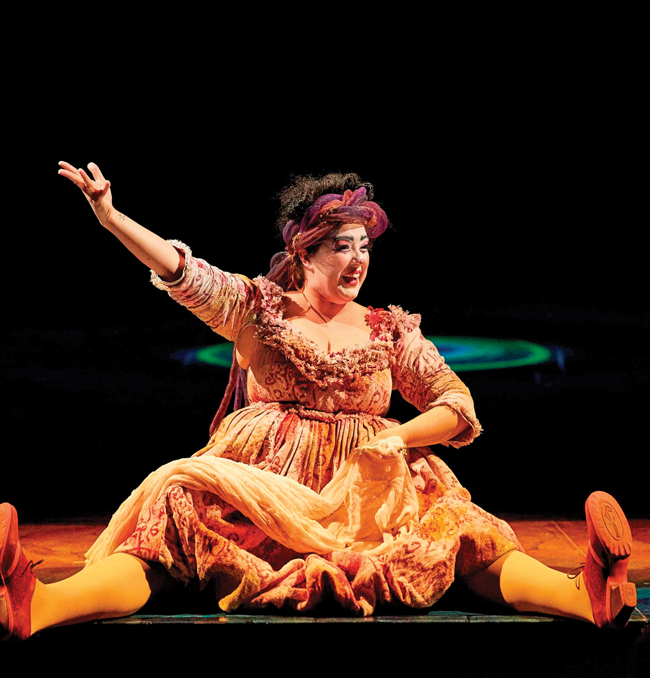 Kelsey Custard is all about funny business—literally. The Sacramento native and professional clown will be returning to her hometown in Cirque du Soleil’s newest hit, “Amaluna,” which plays at Sutter Health Park from Jan. 22 to Feb. 23.

“The first time I took a clowning class, I felt like I was coming home,” says Custard, who grew up doing theater in Shingle Springs (she even worked as a dresser at Music Circus) before discovering her true artistic calling by chance at UC Santa Cruz. “I didn’t realize when I was young that circus could be an actual job, but now I get to make a living making people happy.”

After attending clown college in San Francisco, Custard performed with circuses all over the country before being cast in Cirque du Soleil’s “Ka” in Las Vegas. She performed with that show for more than five years before joining the “Amaluna” company three years ago. While the show is loosely based on Shakespeare’s “The Tempest” and features all the amazing acrobatics you’d expect, Custard is particularly impressed with the show’s theme of female empowerment.

“This is Cirque’s first show that’s female-dominated,” Custard says. “We have an all-female rock band, the plot revolves around women and there are female clowns—there aren’t enough roles for female clowns in the world, but I think that’s changing. I hope little girls watch this show and see women playing music and being funny and strong and feel empowered themselves.”