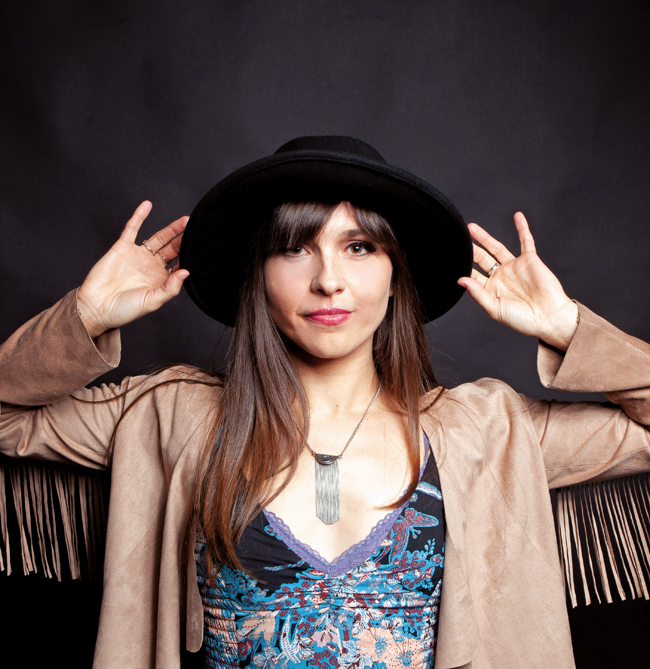 When she had her “aha” moment, singer/songwriter Jessica Malone was still in high school. Her job waiting tables was a great way to bring in a little cash—until the time she couldn’t get the night off to perform in a show.

“That’s when I asked myself, ‘What do I really want?’” remembers Malone.

She never waited tables again. Malone’s lifelong dedication to music is paying off, with gigs galore, several SAMMIES awards and a growing fan base. She’s released an album and an EP, with another album on the way.

“I’m working hard to make it work,” the 33-year-old Malone says, “and doing what I have to do to live my dream.”

That dream started while she was growing up in Mount Shasta, singing along to her mom’s Billie Holiday CD. She was later inspired by singer-songwriters such as Jewel and Joni Mitchell, and sang in the high school jazz choir.

Though she also plays guitar and ukulele, singing is Malone’s true love: Her degree in music, from Humboldt State, has a vocal performance emphasis. “Singing is my No. 1 love and passion in life,” she says. Alongside performing, she also teaches voice (and more) out of her home studio in Fair Oaks.

Describing her music as “indie folk—or maybe soulful Americana,” Malone sometimes performs solo, sometimes with her band, and other variations in-between. Whatever she plays, she says, it’s “all about continuing to make music I believe in.”

For more about Jessica Malone, including a calendar of shows, visit jessicamalonemusic.com.