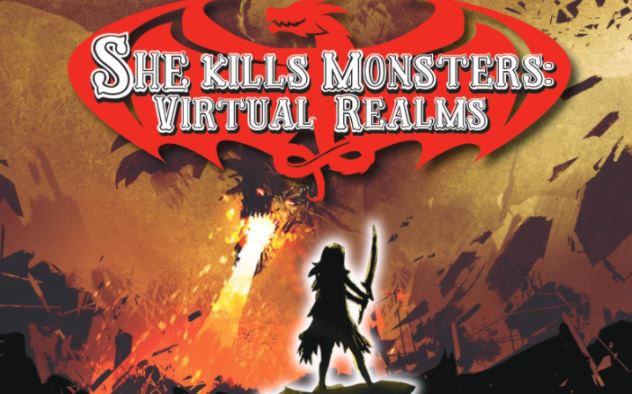 No one’s been able to slay the pandemic yet, but “She Kills Monsters.” What’s more, she manages to do so among “homicidal fairies, nasty ogres, and 90s pop culture.”

“Monsters” is being presented online for eight performances, six of them live, from Thursday (Feb. 25) through March 7.  Here is how City Theatre describes the play.

“‘She Kills Monsters’ tells the story of Agnes Evans as she leaves her childhood home in Ohio following the death of her teenage sister, Tilly. When Agnes finds Tilly’s ‘Dungeons & Dragons’ notebook, however, she stumbles into a journey of discovery and action-packed adventure in the imaginary world that was Tilly’s refuge. In this high-octane dramatic comedy … Nguyen offers a heart-pounding homage to the geek and warrior within us all.”

The play will be streamed live at 7:30 p.m. on the Thursdays, Fridays and Saturdays, while a recorded version will be shared at 2 p.m. both Sundays. Tickets are $10 per person.

Next up for City Theatre is “10 Ways to Survive Life in a Quarantine,” written by Don Zolidis, directed by Peter Morhmann and presented April 29-May 9. For more information, visit the theater company’s website.

This Thursday: Spotlight on the Power of Women

No Glamour in Wine Judging