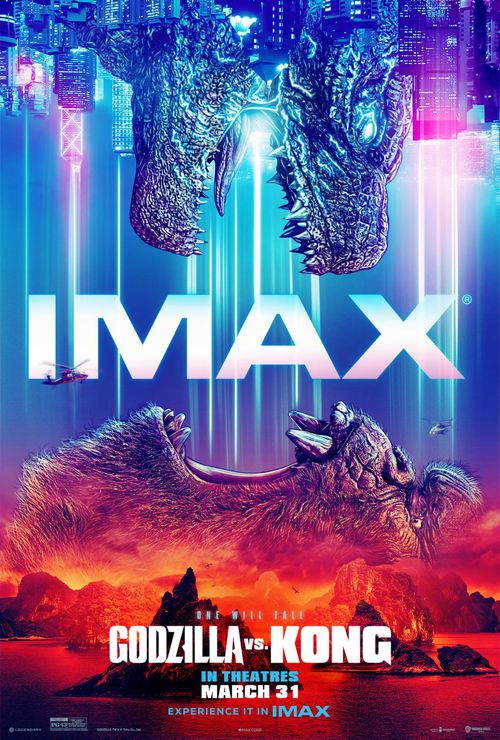 For a long time there was this really cool thing in which people who had a little money could sit inside a huge room and slouch on cushiony chairs for an hour or two, munch on popcorn and other goodies, and watch fun stuff projected onto a big white screen.

It was called going to the movies. Remember what that was like?

Starting the evening of Friday, March 31, you can enjoy this wondrous thing again by catching “Godzilla vs. Kong: The IMAX Experience” at downtown Sacramento’s Esquire Theatre, 1211 K St. The venue, which has been closed due to (you know why, so why rub it in?) for more than a year will allow paying customers to sit indoors as long as there are two empty seats separating everybody. (Families will be able to cluster.)

Tickets, available online, are $18 general and $14.50 for children and seniors. Here’s how Esquire describes the action film, which runs for 113 minutes:

“Legends collide as Godzilla and Kong, the two most powerful forces of nature, clash on the big screen in a spectacular battle for the ages. As Monarch embarks on a perilous mission into fantastic uncharted terrain, unearthing clues to the Titans’ very origins, a human conspiracy threatens to wipe the creatures, both good and bad, from the face of the Earth forever.”

Do you prefer reality fare, even if it’s set in outer space? Esquire answers that call with the 40-minute documentary “Asteroid Hunters: An IMAX 3D Experience.” It screens twice daily on April 3–4 and April 10–11, and tickets are $11 general or $8 for children/seniors.

“Venture into deep space for a fascinating look at asteroids, their cosmic origins and the potential threat they pose to our world,” is how Esquire describes it. “‘Asteroid Hunters’ introduces asteroid scientists—the best line of defense between Earth and an asteroid’s destructive path—and reveals the cutting-edge tools and techniques they use to detect and track asteroids, and the technology that may one day protect our planet.”