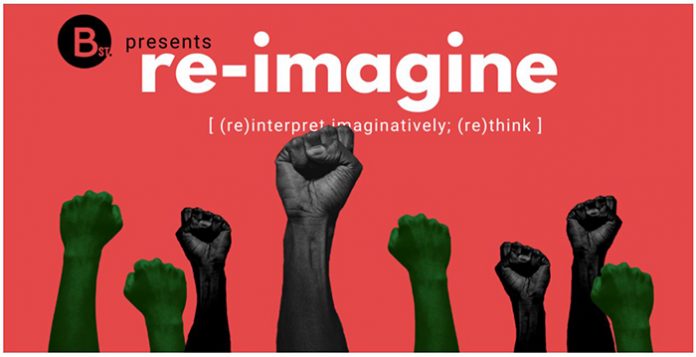 The B Street Theatre continues its weekly “Re-Imagine” series at 7 p.m. Thursday with a reading of Loy Webb’s “The Light.” The event is offered as a webinar and pre-registration is required.

Tiffany Oglesby and Rob Karma Robinson will perform the reading. Here’s how B Street describes the play, which it says contains “sensitive subject matter”:

“A surprise proposal takes an unexpected turn that upends the world of Genesis and Rashad, forcing them to confront a devastating secret from the past and putting the future of their relationship at risk.”

“Re-Imagine” debuted last year as part of an online suite of pandemic-triggered B Street offerings. The series “amplifies the voices of black artists and other peoples of color.” Shared via Zoom, the series is composed of play readings, poetry, music and other forms of thought-provoking entertainment.

“Re-Imagine” continues at 7 p.m. Thursdays through at least March 25. Descriptions of all the previous installments, which date to July 14, 2020, are given on B Street’s website.

The theater company produces other virtual series. Local actor, playwright and director Dave Pierini hosts “Be Social” at 7 p.m. Wednesdays, and “Six Feet Apart” concerts are at 7 p.m. Fridays. Every other Saturday at 7 p.m., catch Dave Pierini, Stephanie Altholz, , Jason Kuykendall and Tara Sissom for no-holds-barred improv. On Sundays once a month, e-viewers can catch “New Play Brunch” at 11 a.m. and “Series of the Strange” at 7 p.m.

The B Street Theatre was founded in 1986 by “thirtysomething” star Timothy Busfield and during normal times offers more than a dozen adult-themed and kid-friendly plays every year. It is based in the Sofia Tsakopoulos Center for Performing Arts in Midtown.

This Thursday: Spotlight on the Power of Women