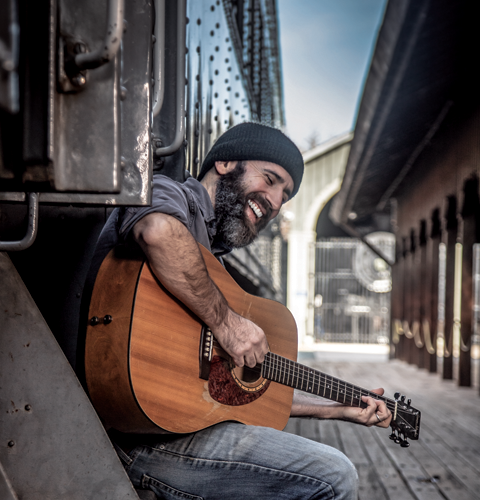 Singer-songwriter Justin Farren has a strong voice, a fluid guitar style and a likable persona. But it’s his songs—rich, relatable stories imbued with clever wordplay—that are his true calling card, earning him a bevy of awards and a lot of fans.

Sacramento born and raised, and currently living in Oak Park, the 37-year-old Farren remembers being around 11 or 12 when he started playing guitar. Though he performed in the jazz band and jazz choir at Christian Brothers High School, Farren says he is essentially self-taught, “learning by ear and intuition, going by feel.”

After diving deeper into songwriting in his late teens and early 20s, Farren began playing solo gigs around town. But the real turning point, he says, happened through his involvement with the Kerrville (Texas) New Folk Songwriting Competition, which he won (along with five others) in 2016. “It was there that I met my tribe—people who write songs with a similar aesthetic and with a similar appreciation for lyrics,” Farren says. The experience led to lasting connections with musicians around the country, resulting in more gigs in places like New Orleans, Maine and, yes, Texas.

In addition to a steady stream of shows, Farren is currently hunkering down in the studio with plans to release a new album in the spring. But he never loses sight of his long-range goal: to continue to become a better songwriter “’til the day I die.”

For more about Justin Farren, including a calendar of shows, visit justinfarren.com.