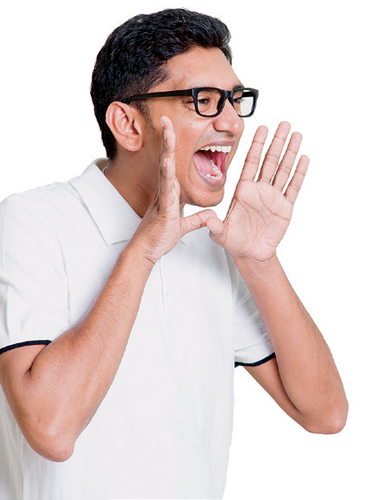 Ever witnessed a heckler creating chaos at a comedy show? An out-of-control heckler, left unchecked, has the potential to spoil an otherwise lighthearted evening—or at least put a damper on it. But how big a problem is heckling, really? We asked Jennifer Canfield, owner of Laughs Unlimited in Old Sacramento, for some insight.

How often does heckling happen at Laughs Unlimited shows?

It doesn’t happen here very often—at least not to the point where it’s disruptive to the audience. But when people do heckle, they usually quickly figure out that comedy is not an interactive thing, and they will self-correct. Or somebody in their party will get them to be quiet.

How do the comedians feel about it?

The comics who perform here have a code prepared to send out to management in the event heckling occurs. But in the nine years I’ve owned the club, I don’t think we’ve ever had anyone use it.

I would imagine most comics know how to stop a heckler.

Yes—a professional comic will have something in their arsenal to shut down a heckler.

Anything more to add about heckling?

You see a lot of heckler videos go viral. But that’s not because heckling happens a lot. It’s just that when it does happen, it’s like watching a train wreck—it’s so over-the-top.