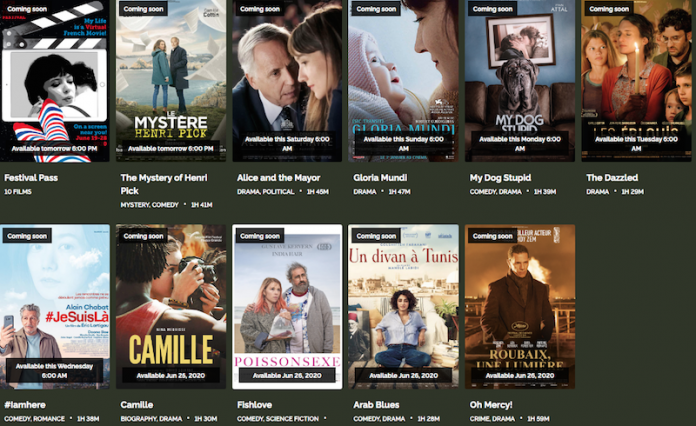 Chances are, you’re not flying off to Paris this week for the romantic vacation of a lifetime. (Even if those were your plans, pandemics sure have a funny way of putting travel on pause.) But who says you can’t immerse yourself in French culture for a spell, from the comfort and safety of your living room?

The 19th Annual Sacramento French Film Festival invites you to do just that, starting this Friday, June 19 and running through June 28, as it puts 10 French films featured at this year’s festival online for 10 days.

A fixture on the city’s cultural calendar, the film fest typically draws crowds to downtown’s Crest Theatre for screenings of contemporary French films, classics and shorts—all with English subtitles—along with speakers and receptions. But with large public gatherings prohibited in order to slow the spread of the coronavirus, film fest organizers came up with a creative solution: Go virtual.

On each of the festival’s first seven days, one film will be made available (for the next 72 hours) for streaming. Then on the eighth day, June 26, all three remaining films will be made available so you have the weekend to watch them. Festival “goers” can pay $12 per film or $90 for a 10-film pass. Each film can be watched one or more times within 30 hours after purchase, on as many as three devices.

First up is “Le Mystère Henri Pick” (The Mystery of Henri Pick), a mystery-comedy that the festival’s website describes as “a sparkling literary whodunit, with plenty of false leads and an endearing duo of detectives.” Fabrice Luchini and Camille Cottin star in the 2019 film, directed by Rémi Bezançon.

Find the entire lineup, including links to trailers, descriptions and reviews, on the festival’s website, where you can purchase tickets and passes. And stay tuned for more information, including a virtual opening ceremony, Zoom Q&As with special guests and takeout specials from local restaurants.

Marybeth Bizjak and Photography by Mike Battey - January 19, 2021
Near me
40 miles