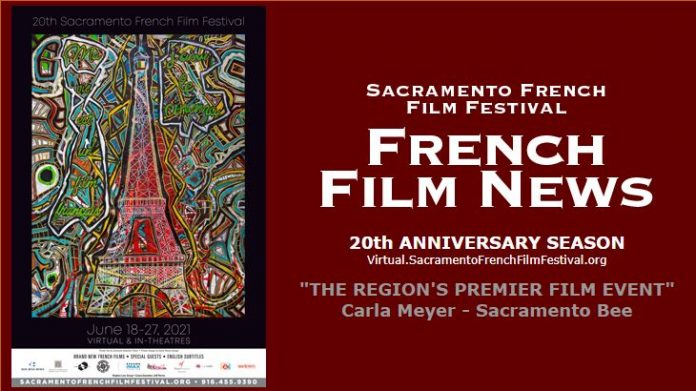 Start practicing your back-of-the-throat R’s to gear up for the Sacramento French Film Festival, which returns today for a nine-day run that includes three in-theater screenings, something that was not allowed under the COVID-19 protocols last year.

This is the event’s 20th anniversary, and is described by organizers as “an assorted collection of wonderful new films that will take you on a cinematic journey to Algeria, Austria, Sicily, Tunisia and various regions of France. Comedy, romance, mystery, suspense, history, animation, award-winning films. There is something for every taste!”

Sunday, June 20, marks the festival’s return to the Esquire IMAX Theatre (1211 K St.) with a 3 p.m. showing of “Josep” and 5 p.m. showing of “Bye Bye Morons.” The former, which is an animated film, is said to make “for a fascinating learning moment as it unveils the shameful role played by the French police during the Spanish Civil War and World War II.” The latter, a big award-winner in France, “flawlessly bounces between comedy, melodrama, satire, tragedy, romance and mystery.” Admission is $15 per film.

Nine other films are available for online rental, at $12 each (or you can watch all nine for $90). The way it works is after you have purchased your tickets, you have 72 hours to watch the film, and once you start watching it you have 48 hours to finish it. Rapidement!

For more information about the Sacramento Film Festival, call (916) 455-9390 or visit the event’s website.