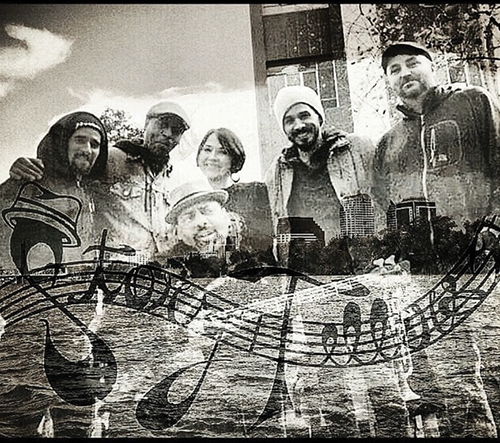 In February, Sacto Storytellers shared the stage with Grammy Award-winning roots reggae band Steel Pulse at the Crest Theatre. By March, all of their gigs were canceled.

According to Sacto Storytellers drummer Matt Rodriguez, the band—now on the cusp of celebrating its 20th anniversary—aims to “keep it moving.”

“We’re just trying to go on as business as usual and stay sharp,” Rodriguez says. “We’re taking the time to come up with some new material. So that way, hopefully, whenever they allow venues to open again, we can share some new, new stuff.”

For now, the band continues to practice and fine-tune new singles. It plans on releasing a new 7-inch and full-length album later this year.

“All the visual artists, all the musicians and intellectuals, whether we’re in a pandemic or not, we always have to make time to hone in on our skills,” Rodriguez says. “We must stay familiar and always search for inspiration to keep up our creativity.”