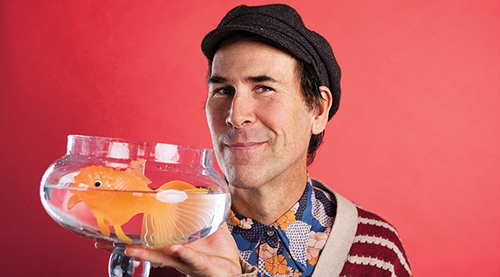 The jokes just hit differently when they’re not followed by echoes of laughter. At least, that’s how it’s been lately for stand-up comedian Keith Lowell Jensen.

“It’s so weird. People don’t realize how much it affects you psychologically to hear other people laughing also,” he says. “For comedy, it’s very difficult to try to work out at home alone.”

As the coronavirus spread through California, Jensen’s gigs were promptly canceled. But that hasn’t stopped him from writing new material inspired by spending time with his wife and daughter, and figuring out the best approach for live-stream comedy shows with friend and fellow stand-up comedian Johnny Taylor.

The comedians sold tickets to their virtual comedy show in late March using Zoom and also accepted donations. Jensen says he plans to record future shows to share laughs with virtual audiences and confront what’s on people’s minds. “It’s important to know that you’re not the only one that’s terrified right now,” he says.