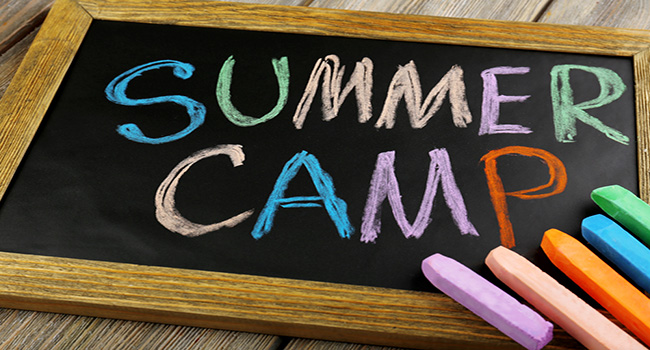 Did you know that Sacramento is the sunniest place on earth from June through September? On average, Sacramento sees 13.24 hours of sunshine during those months. Crazy right? Wondering what to do with your kids during those hot months? Don’t fret, parents. Here is a list of summer camps and activities to keep your kids busy during those sluggish summer days.

Summer Camps at Laser Craze: Rocklin
Laser Craze offers six weekly, themed camps throughout the summer with the promise of being the “coolest and craziest youth camp.” Each weekly camp will have activities like laser tag tournaments, arts and crafts, games and bounce obstacles that will challenge children both mentally and physically. The camps run Monday through Friday, 9 a.m.-1 p.m. and are open for children 6-14 years old for $145 per week.
Website: lasercrazeca.com

Camp Cool Summer Day Camps: Roseville
Skatetown Ice Arena in Roseville has a solution for those blazing summer days: Camp Cool. For $225 a week, you can drop your kids off from 9 a.m.-5 p.m.—or longer if you need extended care—in the air conditioned arena where they can learn to ice skate, build snowmen, toss snow balls, ride in GoKart races, play hockey and more. Skatetown even offers two hockey camps during the summer where kids can learn the basic fundamentals of the sport before having a Friday scrimmage. The weekly camps are for children 6-12 years old.
Website: skatetown-roseville.com

Pirates of the Carabiner Summer Camp: Davis
Every summer, Rocknasium hosts a summer camp for children ages 6-14. This year’s camp allows kids to learn how to work ropes and rock climb in “Pirates of the Caribbean” style. The camp costs $125 per week and goes for 10 weeks throughout the summer with two daily three-hour sessions, and kids are required to bring only a snack and gym clothes.
Website: rocknasium.com

Summer Theatre Camp: Sacramento
For children in love with the arts, Actors Theatre of Sacramento offers its Summer Theatre Camp for kids ages 6-12 and teens ages 13-18. The camp costs $350 per camp and offers discounts for more than one child. Each camp is two weeks long and is taught by Sacramento Metropolitan Arts award-winning educator Ed Claudio.  The kids and teens get to play acting and improv games, and they get to perform a scene for family and friends at the end of camp. Camp times are from 9 a.m.-2 p.m. at the Wilkerson Theatre in downtown Sacramento.
Website: actinsac.com

Extra Innings: Rocklin
With many little league baseball seasons coming to an end for summer break, Extra Innings in Rocklin is offering weekly summer camps for kids wanting to continue to learn and play baseball. The weeklong clinics focus on the fundamentals of hitting, fielding, pitching, throwing and base running and are taught by professional instructors. In addition to learning the fundamentals, kids will also play daily, supervised games. Each weekly camp is $150 and goes from 9 a.m.-3 p.m.
Website: extrainnings-rocklin.com