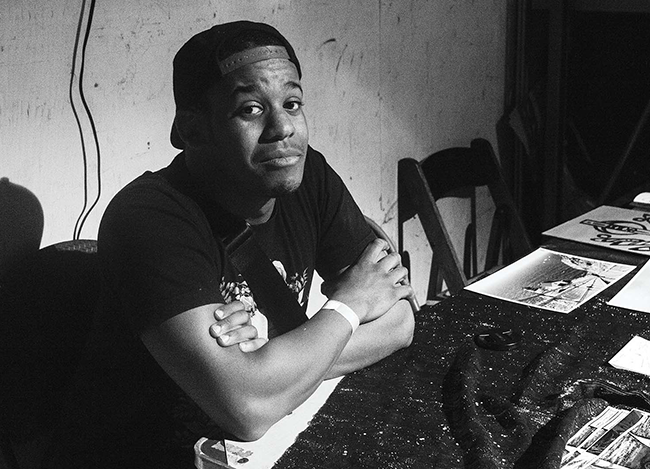 Inspired by the gritty Los Angeles punk-rock scene during the late 1970s and early ’80s as seen in the documentary “The Decline of Western Civilization,” Cam Evans wanted to use his lens to freeze moments in time with Sacramento’s music scene as his muse.

“The thought came to me, ‘Why not photograph all this music that’s happening around me?” Evans says. “I try to convey the energy within the room, and it keeps me moving. I just like the rush of it. For me at least, it’s just based on intuition.”

Evans has independently published three photography magazines that feature his raw images. The first, “Sacramento Is Burning,” showcases bands he shot from 2017 to 2018; “Girls Burn Boys” was released in January and focuses on the tenacity of female musicians. “Black and White Photos and Some Sacramento Venues,” was published on July 4 and is available for purchase through Blurb.com.

“Honestly, photography is almost like therapy to me,” Evans says. “I get paid very little, not much at times. But it’s the experience of giving other people within punk, indie and hip-hop something to remember. I just want to photograph what’s around me.”