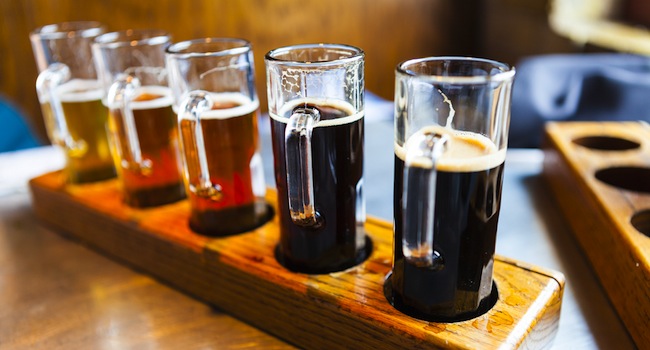 After a hectic and stressful day hitting the shops, unwind on Black Friday with a tall frosty beer at New Helvetia Brewing Company’s 2nd Anniversary Party. Open to all and with no cover charge, this Brewery Black Friday event should feel like a welcome escape to anyone who’s survived the ravages of the mall. From noon to midnight, New Helvetia is opening its arms—and its kegs—to celebrate two whole years in the business on Broadway. They’ll be dropping their special anniversary brew Mystery Airship, a Chocolate Imperial Porter brewed with cacao nibs and Ginger Elizabeth’s Mayan Hot Chocolate. The popular Indomitable City Double IPA and the award-winning Thurston Adambier will also be back on tap. Between swigs of beer, you’ll be able to play giant Jenga, cornhole and pingpong, or listen to live music from Guero. If you’re hungry, New Helvetia’s got that covered, too: North Border Taco food truck will be onsite, churning out the tasty bites. And apparently that’s not all—the New Helvetia crew promises a few surprises for those who choose to celebrate with them. So put down the shopping bags and relax a little this Black Friday. For more information, see here.