As it has for years, Sacramento’s music scene continues to quietly feature really good artists, from bands that have been around for decades to newer acts. We asked a few local tastemakers and artists what they’ve been listening to lately. Here’s what they said, in their own words. 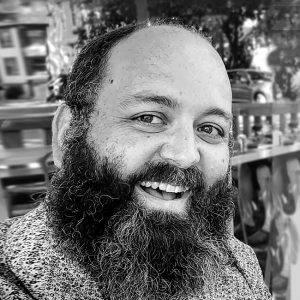 In January 2017, I enjoyed a magical evening at Sol Collective, culminating in a proverbial musical seance led by Sacramento’s musical alchemist, SPACEWALKER. Witnesses are nearly too distracted by her wild outfits and unicorn head masks to realize she’s weaving a spell on her audience with her music. The magic continued to waft from her aura when, in the summer of 2021, I caught up with SpaceWalker. We discussed the June release of her latest album, “Crystal Baller,” an album of life-affirming cosmic hip-hop anthems she recorded at Isis Oasis Sanctuary in Geyserville.

Throughout 2021, I kept returning to tracks like “GIMME MAH STACK$” and “Elevatin’ Mah Mind” to stay motivated and energized as I made my way through a second, very challenging pandemic year. In “Avatar State,” she speaks several lines of dialogue in Yoruba, a language native to groups of people from Nigeria and other western African countries. Yoruba is also a culture SpaceWalker draws from in artistic endeavors outside of her music.

While we discussed instrumentation on the album, SpaceWalker mentioned that her first instrument was the drums, though her mom wasn’t very enthusiastic about welcoming such a noisy addition to the household.

“I remember knowing in my heart that’s what I wanted to do,” she said. “My mom said, ‘Let’s try to find something more gentle first.’ My aunt played the flute, but with drums, if you can make a cool noise or effects, that counts for something. I took that concept and applied it to everything else.” 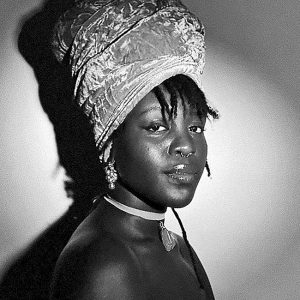 A Sac State graduate, Greo is a rapper, singer, poet and songwriter. Her song “Stormy Weather” went viral on TikTok last year, when she gained 15,000 followers in less than 48 hours. She says:

Sacramento has every individual piece it needs to become a musical powerhouse, and the local artists that gift us every year with new projects and singles only confirm that fact. Recently, I’ve had Sacramento artists Nia Joe, Camilla Covington and A Tribe Quartet in heavy rotation.

NIA JOE’s recent EP, “Kelly Rollin,” is packed with high-energy, female-centered tracks that help me tap into the highest echelons of bad-b**** energy I could ever reach. The entire project oozes confidence from a woman who knows exactly what she wants and isn’t afraid to tell you how to go and get it.

CAMILLA COVINGTON’s EP “Love Letters and Prophecies” is the perfect soundtrack to any quiet night at home with a lover. In every track, she tells a story and makes comparisons that you didn’t know you needed until you realize she’s describing exactly how you feel about that person who brings you butterflies.

Finally, A TRIBE QUARTET holds a special place in my heart for their electrifying instrumentation. This four-piece band has put together some of the smoothest sounds for any occasion on their project “HomeGrown.” On every track, we hear members Zehrin Sims, Ellwood Allen Jr., Eric Kuvakos and David Mckissick shred their instruments in a way that blends jazz, funk and blues with modern rock. If you are ever lucky enough to get the chance to see them perform live, take it! 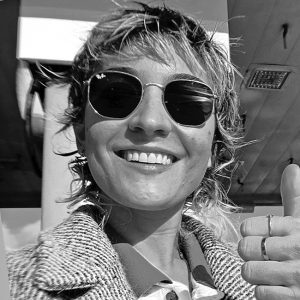 Kelly Rosenthal, who goes by the moniker I Am Strikes, regularly delves into topics that are considered taboo, playing what she describes as thrashpop. She’s a multi-instrumentalist, vocalist, producer and songwriter. She recommends the album “Damien: Act One” by So Much Light.

SO MUCH LIGHT’s “Damien: Act One” is an ego death ritual in which So Much Light manipulates the esoteric into a palatable morsel of musical yumminess. Tasty and sweet, all around. [Damien Verrett, who is So Much Light] is a wizard—sonically and spiritually. I would be remiss if I didn’t give you some context of the maker as I understand him. Damien is a joyful and whimsical thought provoker, a kindred spirit with a proclivity for adventure. Damien is ever-evolving: Some days he waxes philosophical about his favorite passages from the Bhagavad Gita. Other times, he muses about bouldering and the subject/object relationship of climber to rock. He is a dude of many insights.

Now, to the tunes. Bops!!! Bopppps! So Much Light cloaks introspection in irresistible sonic bliss—a covert unpacking of the human condition through vibes, vibes and more of the chillest vibes. My personal favorite track, “Circles,” explores the force that lies beyond the modicum of human free will and the quiet comfort of surrender. Put on a pair of earbuds and beam his sweet introspection into your mind creases. Groove and loosen and melt that tight and weary brain of yours. Let your soul drift on the dude’s waves. Your coasting spirit will thank you. 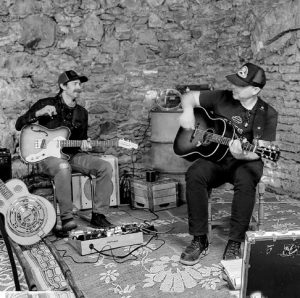 Sacramento Americana/roots rock band Forever Goldrush celebrated its 25th anniversary in 2021. The band recently reissued its entire back catalog digitally and is currently working on a new album. Members Damon Wyckoff and Josh Lacey collaborate on a rapid-fire list of their recommendations.

There have been quite a few albums released by Sacramento-area artists in the recent past that have kept us from feeling that the dirtnap haze of COVID artistry hasn’t been all bad.

THE DAMN LIARS’ “Modern Day Primitive Man” is a phaser pedal jack to the neck. Chuck Bradley is so supremely talented.

THE MOTHER HIPS continue to deliver excellent California soul on their new LP. “Glowing Lantern” is a creation all their own. Truly phenomenal with guests from Wilco on the album. LOOSE ENGINES’ “American Ghost”: Grub Dog’s a gifted songwriter and this batch of Americana is his best thus far.

JONEMERY & THE UNCONVENTIONALS’ “HeartBroke Motel” is gorgeous and raw.

AARON ROSS AND FARROW AND THE PEACH LEAVES’ “Swan Songs Vol. 1” is a beautiful blast of a record. Aaron’s solo effort, “The Pursuit of Happiness,” is immensely creative and full of depth. Both are Dylanesque.

KEVIN SECONDS continues to release songs via Bandcamp. He is so prolific and sooo good.

Meet Wide Open Walls Artists at Concerts in the Park

Beer & Ballet at the CLARA