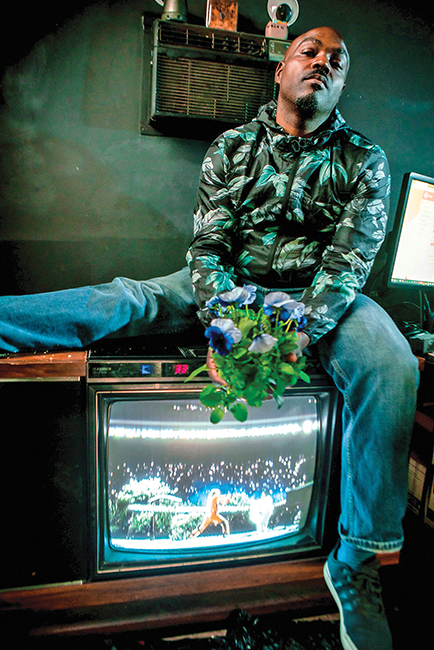 Launched this past summer, the Black Artists Fund has already disbursed two rounds of grants, with more contributions and camaraderie planned for 2021. In this series, we introduce some of the BAF recipients. For more about the BAF grants, go here.

His brushstrokes bathe the canvas in color. But paint isn’t Joha Harrison’s only medium. An experienced photographer, Harrison captures thought-provoking, black–and–white images and colorful portraits. He also used film as a means to express his vast artistic capabilities with his debut documentary, “Humanity and the Mural,” which premiered at The Guild Theatre in Oak Park in January.

Harrison says the Cultivation grant he received from the Black Artists Fund gave him the push he needed to continue creating, especially during the pandemic.

“It was one of the best feelings I ever felt,” he says. “It gave me supreme confidence. So if you can take that and give that to another Black artist, to give even just the confidence to push them to make what they’re doing better—that’s awesome.”

Influenced by artists such as Jean-Michel Basquiat, French photographer Henri Cartier-Bresson and André 3000 from the hip-hop duo Outkast, Harrison says he used his time in isolation to lean into his craft, painting more than 30 pieces for clients.

“The isolated time with COVID, it allowed me to go deeper into my own creativity,” he says. “I feel more comfortable collaborating with a client’s wants and blending that with the creative side of what I can do—and not just with the mechanical side.”