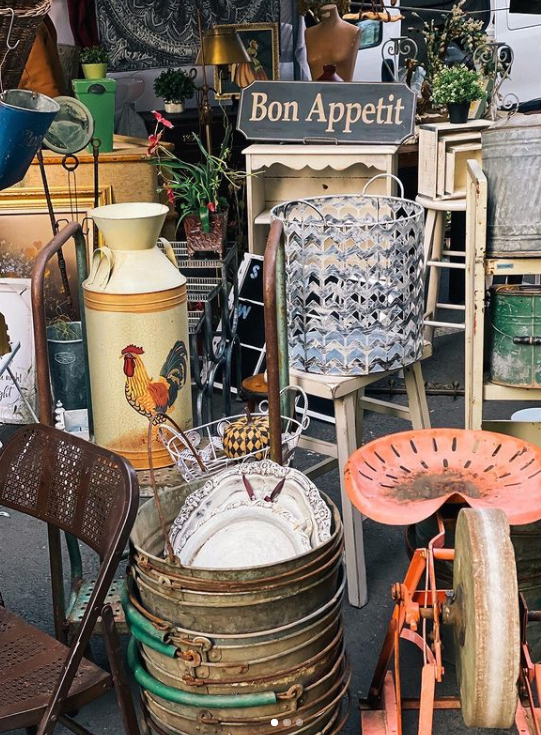 The faire will hold its next event on Sunday, June 13, in the arena parking lot. According to Marilyn Rose, the faire’s founder and owner, it will remain at that location for about a year.

The faire isn’t the only large outdoor event that has been forced to relocate during freeway construction, which will extend carpool lanes on Highway 50 into downtown. In March, the Sunday Farmers Market under the W-X freeway moved to Arden Fair Mall’s parking lot.

The Sacramento Antique Faire began almost 18 years ago and has been held in a pair of parking lots at 21st and X streets. It features 300 vendors, mostly from Northern California, selling antiques and collectibles including furniture, clothing, military memorabilia, jewelry, farmhouse décor, architectural salvage and more. About 5,000 people attend the faire each month.

“I’m pretty excited about the new location,” said Rose, who noted that it offers lots of parking and plenty of shade in the vendor lot.

Parking is free, and admission costs $3 per person, free for children younger than 16. Entrance to the faire is at the arena’s east entrance, off Truxel Road. Other entrances will be closed. 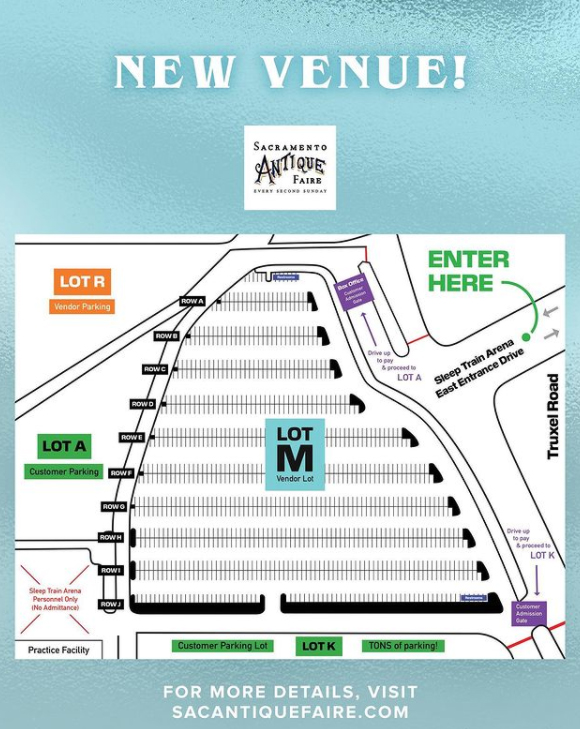