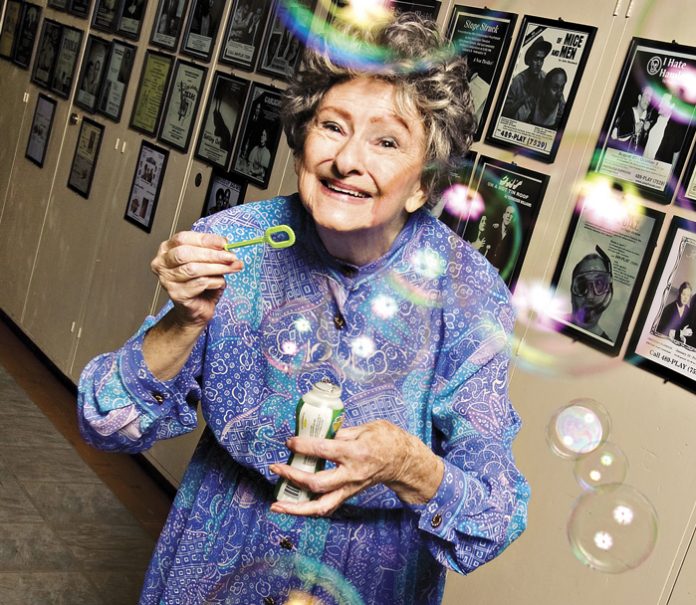 You’d think at 80, veteran Sacramento actress Boots Martin might be getting a little tired of theater life. Ha! Not a chance. “I’ll tell ya, theater has saved my life many a time,” says Martin, who returns to the stage this month in Chautauqua Playhouse’s production of Maternal Instincts, a romping comedy about four generations of women who “are trying to manipulate everybody else—always out of love,” as Martin describes it. It’s the third time she’s played the role of great-grandmother Emma, says Martin, and it’s a natural fit: The part was written for her by local radio and theater veteran Dave Williams, who based two other characters on actresses he knew. “Dave knew us all so well—knew our personalities and the kinds of characters we like to play,” says Martin. So what’s the character of Emma like, exactly? “Well, I don’t want to give too much away,” Martin begins. “But within the first seven minutes of being on stage, she’s out of her wheelchair and talking dirty.” Directed by Paul Fearn, Maternal Instincts plays Jan. 15–Feb. 21 at the Chautauqua Playhouse, 5325 Engle Road in Carmichael. For tickets and information, visit cplayhouse.org or call (916) 489-7529.