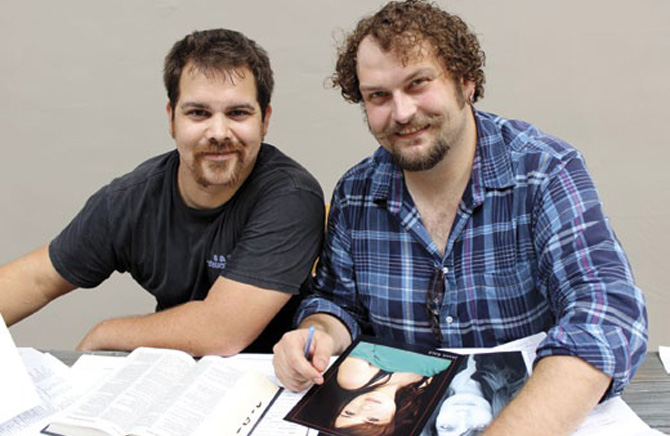 Big Idea Theatre has had some wild ideas before. But its version of Love’s Labour’s Lost (Nov. 16–Dec. 8), which finds four rock ’n’ rollers in a rehab facility in the late 1970s, may be the Sacramento theater group’s most far-out production yet.

“We’re committed to bringing new and interesting versions of classics to the stage, and we do so once a year,” says Big Idea’s Wade Lucas. He credits fellow company member and former artistic director Kirk Blackinton for the show’s clever concept.

In this version of the Shakespeare classic, the rough and rowdy rockers have sworn off sex, drugs and booze when they are besieged by a bevy of beauties, leading to some crazy antics. Blackinton came up with the idea “when he pondered what kind of event could find four men abandoning the world they’ve known, giving up all the things they find so alluring,” explains Lucas. “That led naturally to a rock band that has lived hard for years and has decided to get clean.”

Big Idea strives to make classics accessible to all audience members, says Lucas, and one way to achieve that is to put things in a modern context. “The idea is to be true to the text, but bring it into a place that everyone can enjoy,” he says.