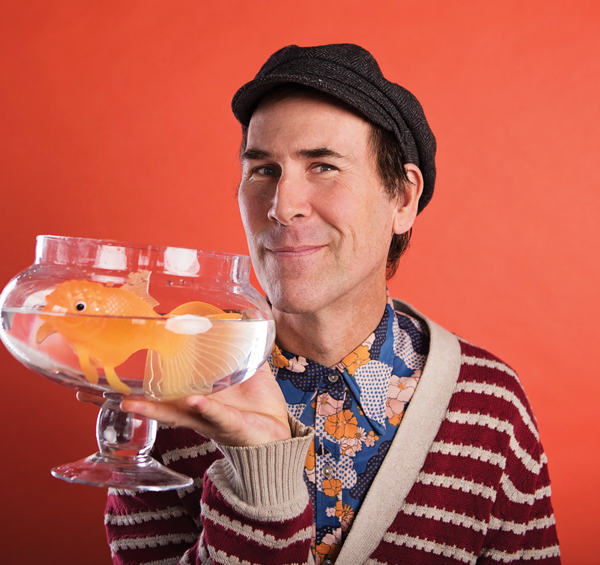 “If you tell someone you’ve had 30 jobs before age 30, they look at you like you’re crazy,” says comedian Keith Lowell Jensen, who returns to Harris Center on Feb. 9 for his latest special, “Not for Rehire.” “For an artist, that number’s just normal.”

Jensen has charmed audiences for years with his comedic storytelling on stage, on six albums—the latest, “Bad Comedy for Bad People,” hit the top spot on Amazon’s comedy charts—and on TV with appearances on the channels History, Spike and Starz.

This new special—which will be recorded live and feature opening act Becky Lynn—chronicles his “roller-coaster career path,” including a below-minimum-wage gig at a golf course, getting punched in the face by a restaurant manager and the first time he ever did comedy.

It will also mark a “sea change” for Jensen’s usual show structure in that it will focus on a central theme.

“Hopefully this is a new beginning,” says Jensen, whose first book, “Punching Nazis,” was published last May. “I’ve been wanting to try working my shows around a central theme—jobs, run-ins with the law, every romantic entanglement I’ve ever had—so now I’m finally taking the leap.”

Knowing Jensen’s brand of smart, subtle humor and his immensely likable stage presence, this show is sure to be a hit.

“Not for Rehire” plays Saturday, Feb. 9, at 8 p.m. at Harris Center for the Arts (10 College Parkway, Folsom). For tickets, visit harriscenter.net.