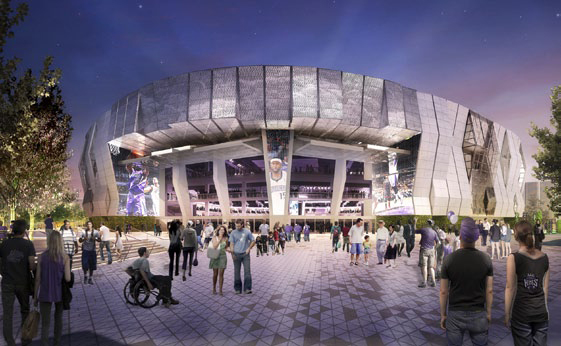 Build It and They Will Come

Want to see downtown change before your very eyes? Then visit two big construction projects that are reshaping the city.

First, scope out the site of Sacramento’s new entertainment and sports arena. Stand at Sixth and L and watch the first building—the Kings’ new practice facility—start to go up. Soon after, work will begin on the main arena and a 16-story tower with offices, condos and a hotel.

Next, view progress on the long-awaited project to convert the 700 block of K Street into a retail, commercial and residential hub. Demolition has been completed, and construction is set to begin. “That block has been dark too long,” says developer Ali Youssefi. “We’re going to inject it with businesses and people.”

Head to the region’s newest hot spot: Oak Park. Starting at 34th and Broadway, you’ll see the 40 ACRES COMPLEX, which includes the old Guild Theater, Underground Books and the always-crowded Old Soul coffee shop. Across Broadway is developer Ron Vrilakas’ BROADWAY TRIANGLE project, with apartments, condos and the Display pop-up store, where different merchants rotate in and out every few months. By spring, the project will add a small market, modeled after the former David Berkley deli and wine shop. Also in the neighborhood: the recently renamed D’S BROADWAY SOUL FOOD (3515 Broadway), where you can pick up pork chops and greens, and ARTHUR HENRY’S SUPPER CLUB (3406 Broadway), where you cook your own steak over a communal grill. And whatever you do, don’t miss OAK PARK BREWING COMPANY (3514 Broadway), a magnet for hipsters and others pouring into Oak Park. The place is packed with people who come for the beer and an outstanding menu that includes rabbit stew, Irish fries, pork belly and Cajun shrimp. Says Vrilakas of the changes sweeping through the neighborhood: “I think the historic district of Oak Park is fulfilling its potential . . . to be a dynamic, mixed-use urban place.”

A special “Hands on History” event March 21 at SUTTER’S FORT will explore the hard lives of frontier women. The event (10 a.m.–5 p.m.) will showcase the difficulties of daily life in the 1800s, when even getting water for washing was a challenge. Also planned: a Dutch oven cooking demonstration and an interactive presentation about life on the wagon trail. 2701 L St.; suttersfort.org