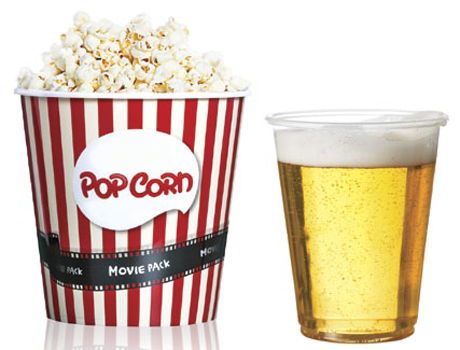 Alcoholic beverages are no longer just for restaurants and bars. Recently, beer and wine were on the menu at some local movie theaters during the return of Luke and Leia, and cocktails are served at certain live performances.

“We are the first movie theater in Sacramento to get our beer and wine license,” says Link. “We were able to enhance our menu to a point but still keep that movie-style feel.”

With a restaurant-oriented movie experience and full-fledged kitchen, Studio Movie Grill in Rocklin can pair margaritas and Long Island iced teas with entrees and appetizers.

Tower Theatre in Land Park will soon offer before-, during- and after-movie alcoholic beverages. The three-screen theater will start serving beer and wine sometime this spring.

Last September, Crest Theatre welcomed Empress Tavern restaurant in its lower level. Since then, people have been able to sip beer, wine and mixed drinks during classic films. Just a few blocks up, Sacramento Community Center Theater allows beer, wine and mixed drinks into its 2,398-seat auditorium, depending on the event. So no bottles rolling down the aisles when the Sacramento Philharmonic performs.