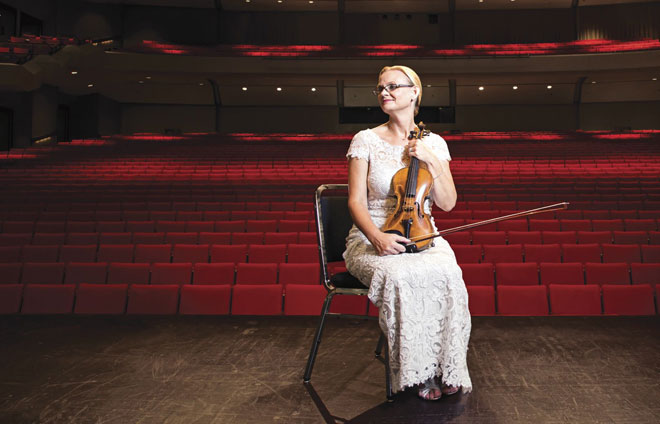 After financial troubles shut down the Sacramento Philharmonic & Opera for the 2014–2015 season, the future looked grim. But with a new team in place, including executive director Alice Sauro (who sprang out of the Detroit Symphony, where she served as orchestra manager), things are looking up. While the opera is still in “regroup” mode, the philharmonic is back for the 2015–16 season. Sauro sparkled with enthusiasm during a recent phone interview.

How do you expect to turn the philharmonic’s finances around?

We’re meeting with all sorts of people to share our story and our new vision, and sending out funding letters, and so far the response has been way over and above what anybody expected. At the Big Day of Giving in May, we received twice the dollar amount over last year. People are even walking in the door, offering donations of $500 and more. We’re looking at a five-year plan, with a goal of an annual budget of just under $2 million.

You’ve got a revolving cast of conductors for the new season.

We’re bringing in different conductors because this is a period of time for us to determine who will be the next music director. That process can take several years.

How are you going to reach the younger generations?

The featured violinist in October is 18 years old, and the pianist next winter is under 30, as is the cellist. We’ll also be doing three pops concerts this season: one with the music of Queen, another with the music of John Williams and a Cirque de la Symphonie.

What do you personally bring to the table?

The fact that I was a musician during my first 20 years in Detroit is a big point. I’m a violinist, conservatory trained; I studied at Juilliard. But after 40 years or more of violin playing, my neck decided it needed a break. So now that I’m in the management end of things, it helps that I’ve been in the musicians’ shoes.