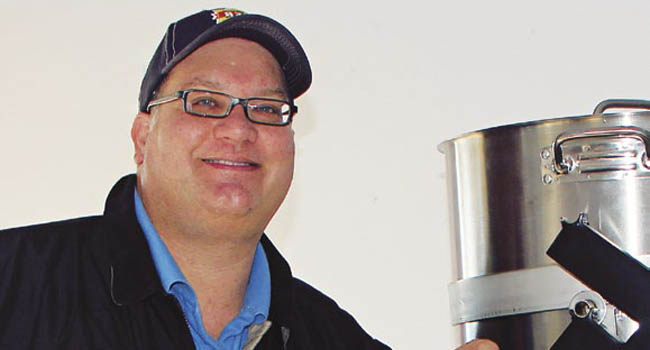 It wasn’t long ago that beer lovers across Sacramento were mourning the decline of the local beer scene as they watched some of the area’s most respected craft breweries shut down operations. How times have changed. Today, the craft brew landscape is so dynamic that there’s an entire publication devoted to covering it.

Hops to Table, a free bimonthly magazine launched in February by publisher and homebrewer John Zervas, bills itself as the “ultimate source for all things beer and food.” The inaugural issue included articles on the history of Rubicon Brewing Company; advice on beer and food pairings; and a homebrew recipe for a pale ale featuring Citra hops from Yakima Valley. “We’re trying to make beer as fun and accessible as possible. That’s really the focus of the magazine,” says Zervas, who founded Hops to Table as a labor of love. “I felt that with all the new breweries opening and the old ones doing as well as they are, now is the time to promote the scene that we have here.” An enthusiastic cheerleader for craft breweries, Zervas dreams of the day when Sacramento’s brewers earn the national recognition that their counterparts in Portland, San Diego and Denver have enjoyed. “At some point,” he says, “we want people coming to Sacramento for their beer.”

Zervas believes the recent explosion of local breweries is due in part to consumers’ evolving tastes. “I think the palate is changing in Sacramento. It’s much more of a sophisticated consumer that we’re looking at,” Zervas says.

Restaurants also have led the way by hosting more beer pairings and educating consumers about beer. “That’s what’s going to sustain our market,” says Zervas. “There are a lot of restaurants at the forefront of the farm-to-fork movement that are embracing beer full scale.”

Hops to Table, which is distributed at more than 160 bars, breweries and shops across the metro area, will play a pivotal role in the city’s beer renaissance if Zervas has anything to say about it. Drinking local beer, he says, “is good for our community, it’s good for jobs, and a lot of our brewers are brewing the best beer in the world as far as I’m concerned.” Beast+Bounty Comes Back With an Outdoor Pizza Garden