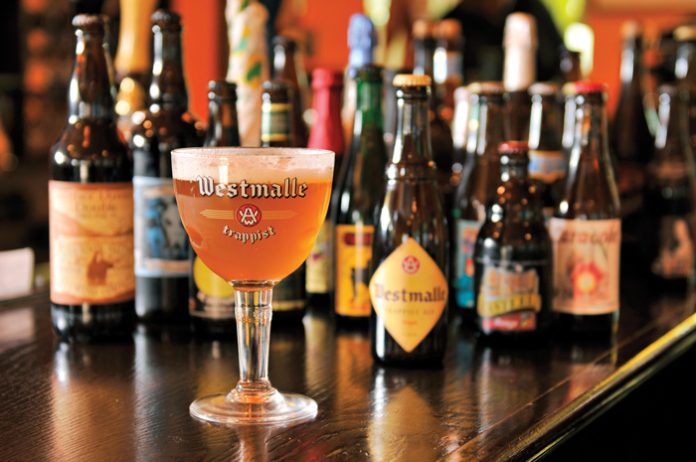 Is beer the new wine? Gary Sleppy, owner of The Shack restaurant in East Sacramento, sure thinks so.
Â Â Â Â  â€œBeer is it right now,â€ he says. â€œI used to have 40 wines by the glass. Now I have 120 or so beers. It doesnâ€™t matter what the price is; people are just into beer right now.â€
Â Â Â Â  The Shackâ€™s Tuesday beer tastings, where you can sample five beers for $5, have become exceedingly popular as beer has gained a respect once reserved for wine. The Shackâ€™s beer list, which runs several pages, is constantly changing, depending on what Sleppy can get his hands on. With so much to choose from, how does he decide which brews make the cut?
Â Â Â Â  First, he tries to stay local. Interesting local beers, like Odonataâ€™s saison, get first priority.
Â Â Â Â  Sleppy also has a few nonlocal favorites, starting with Weihenstephaner, a German pilsener that he says is â€œnot a provocative beer, just a normal, everyday good one.â€ He also likes Houblon Chouffe, a Belgian tripel made in the West Coast IPA fashion. But the hard-to-find dandelion saison from Belgiumâ€™s FantÃ´me Brewery, he says, is â€œprobably the most provocative beer I have right now. The brewery is just a little bit bigger than the size of our building. Itâ€™s amazing that we can even get that beer at all.â€Â