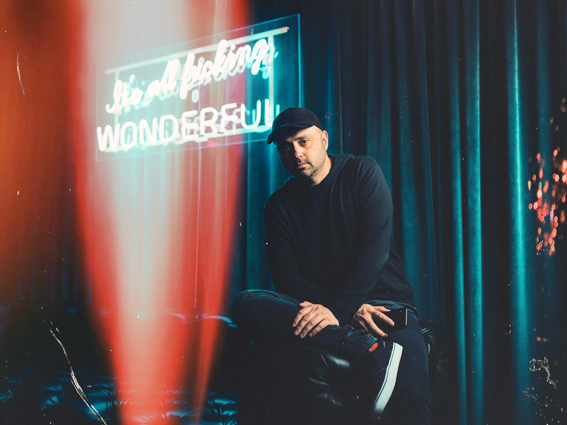 What was your first fan experience?
In 1991, I got a meet-and-greet with Slayer by mistake. It was at the old Henry J. Kaiser arena in Oakland, and they had played with Anthrax and Public Enemy. We were waiting for my friend’s dad to pick us up after the concert and somebody came out and said, ‘You guys wait right there.’ A couple minutes later, they grabbed us and brought us on the tour bus. The band autographed photos for us and gave us some merch. It was supercool. It was the first time I had met somebody famous who I was obsessed with, and that changed my life. Later on, I got to know the guys a little bit. It’s funny to look back on that night. My friend Eric and I still talk about it.

Do you ever feel that paying for access to an artist somehow debases the fan experience—that it becomes about who can pay rather than who really loves that artist and their work?
It definitely has given it a different angle. Back in the day, artists would give away the meet-and-greets to the record label, which would then give them away to the local radio station to get airplay. That was the old model. We just took it away from the radio station and the record label and sold it to the fan. A case can be made that we’re catering to the elite, but most artists will make it affordable for everybody. When the artist is so big and the price is so high, you also have to take into consideration the artist’s time. I still think that the core fans who want to meet the artist will sit outside the hotel room.

Is it ever a letdown when someone meets an artist they admire?
I have seen that, unfortunately. Sometimes, fans have an admiration and a respect for their favorite artist that they use as an escape. When they go to their office or drive their car in traffic, they listen to their music to escape their reality. But sometimes the artist isn’t really into engaging with the fan. It’s kind of heartbreaking. Luckily, we don’t really work with anyone like that right now.

Do you have your own fantasy fan experience?
I’ve met a lot of people that I idolize, but I keep my distance. I personally feel that the mystery is part of my attraction to them. I don’t want to ruin the fanaticism I have for them.

You work with a lot of famous artists. How do you stay grounded?
I’m lucky enough that I’ve done really cool things that I never thought I’d be able to do, but I learned at one point that I’m not part of the lifestyle. I work with amazing artists—Justin Bieber, Drake, Justin Timberlake—and I’ll go to after-parties; I’ll go to events where they’re at. But I know I’m not really there to party. I’m there to work. I don’t want to be a hanger-on. I want to be a business associate.

Are people in the business sometimes surprised to learn you live in Sacramento instead of, say, New York or Los Angeles?
I come back to Sacramento and I get to escape all of it. When I fly back, it’s like I’ve removed myself from that whole space and it’s chill. I like that I get a little bit of a recharge here.