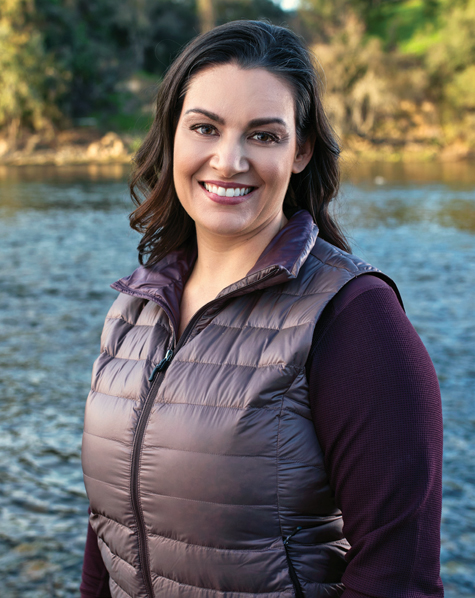 When did you know you wanted to be an entrepreneur?
I really didn’t plan on being an entrepreneur. I had worked in environmental consulting for quite a while and was working for the Army Corps of Engineers when I started taking on some side work. That’s when I decided to go out on my own, so it was really an organic shift.

Do you think women face more hurdles than men when it comes to business ownership?
I think owning a business is difficult no matter what. But I think women are a little more open to asking for the help and admitting when they don’t know how to do something.

How did you hone your leadership skills?
I worked on that right away with a personal development coach when I started my company, and I have subsequently worked with business coaches and financial coaches to really gain the skills for true leadership. That’s one of the things that NAWBO has helped me with: finding out where to get the things I need to be a successful entrepreneur.

What do you get from a woman-centered networking group that you can’t get from other groups?
I probably would have closed my business 80 times by now if it hadn’t been for NAWBO. On the days when it’s really rough and I don’t know what my next step should be, there’s someone in NAWBO I can call who has been through it or has an idea. The key with NAWBO is that you get to come in and be real. It’s the place where you get to show up with your makeup off and ask real questions. You get to be raw, and it’s in that rawness that you get to expand and grow.

What does it mean to be a female business owner at a time when sexual harassment in the workplace is in the headlines daily?
What comes to mind is how many times I can look back on my career and recall when things were uncomfortable. I look back and think, wow, that really was inappropriate. One of the opportunities in being a female business owner is realizing that my staff in particular won’t experience that from me, but it doesn’t necessarily mean that it won’t happen from clients or other people. Now that there’s more conversation about it, I’m hopeful that the younger generation will not experience it to the degree that those of us who are older have.

Has there ever been a time when you were underestimated because you are a woman?
The underestimation usually comes from people believing that someone else has set up my company. My company is named for my deceased grandfather, and I don’t know how many times people have thought that he set up the company for me. I’ve even had people think my husband set up the company. That’s been the biggest hurdle I’ve had to face as a woman, that sometimes people really do think there’s no way she’s done it on her own. It can be disheartening.

What advice do you give to women entrepreneurs who are just starting out?
That you’re not alone. The more you’re willing to say you need help, the help really does show up.

And what’s the best advice you ever received?
Even on your worst day, it’s not that bad and the day will end. The next day, pick up your bootstraps and keep going.