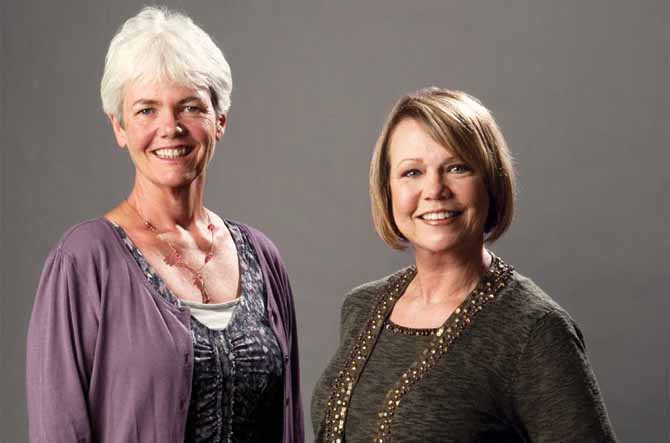 Diet and exercise always will be the cornerstones of weight loss. But when the scale doesn’t budge, there are other things one can do—and we don’t mean starvation. While science continues to search for the perfect pill to peel off pounds, in-dividuals are trying everything from human growth hormone and HCG (human chorionic gonadotropin) to L-glutamine and L-tryptophan. Not all of these approaches get a thumbs-up from mainstream medicine. But these three locals are happy with the results they’ve achieved by stepping outside the box—and it’s important to note they’ve all done it under medical supervision. CAROL JACOBS, 57
Weight loss: 70-plus pounds
The twist: HCG
Jenny Craig, Diet Center, liquid diets— Carol Jacobs had tried it all before her recent successful venture with weight loss. This time, the Granite Bay schoolteacherdecided to consult a physician with expertise in bioidentical hormones: Bob Ghelfi, M.D., of BodyLogicMD. “I knew my hormones were off,” says Jacobs. “I had a friend who did bioident-icalhormones, so I wanted to try them, too.” Her regimen was multipronged, including not only HCG for weight loss but treatment for thyroid, adrenal and other hormone imbalances. Supplements included vitamin D and fish oil.

Because Jacobs wanted rapid weight loss—she was over 200 pounds at her heaviest—Ghelfi recommended HCG injections and a 500-calorie-a-day diet. While HCG is controversial—even Ghelfi says he was initially a “huge skeptic”—the glycoprotein hormone “works in mysterious ways,” he says. “It seems to allow people to tolerate a 500-calorie diet for 42 days without too much hunger, and at the end of the term they have lost minimal muscle and essentially just fat.” Jacobs says that was true for her, losing about 40 pounds with HCG and another 30-plus without, and witnessing a remarkable reduction in body fat, from 45.9 percent to 24 percent.

JACOBS’ APPROACH
Eating plan: Protein and vegetables were the mainstay of Jacobs’ 500- calorie-a-day diet. She admits she skimped at breakfast—“I had coffee only”—but ate healthfully the rest of the day. Lunch and dinner were similar, she says, with an emphasis on lean meats (turkey, chicken, beef, pork), cooked simply and accompanied by two cups of vegetables and an apple. “I was never hungry,” she says, “but I was bored, because eating is a social time. I typically wouldn’t eat at the dinner table with my husband.” To maintain the loss, Jacobs sticks to about 1,400 calories a day.

Other dietary changes: Gluten intolerance was a new finding for Jacobs, who has since gone gluten-free. “It’s made me feel so much better, and in a way it helps me to maintain the weight loss,” she says. When a craving hits, she goes to BJ’s Brewhouse for gluten-free beer and pizza.

On HCG: Yep, she did the injections herself. “I was scared the first time,” she admits. “But I’ve had 7-year-olds in the classroom give themselves insulin shots, and I figure if they can do it, so can I. Nine times out of 10 you don’t even feel it.” The only side effect, she says, was the occasional bruise at the injection site.

Exercise: A knee replacement slowed Jacobs down, but she continues with aquatics classes at a local health club and is starting to add exercise machines to the mix. Her main challenge: drawing boundaries. “There are times I get sucked into staying an extra hour at work,” she says. “If you want to make time for the gym, you have to learn to say ‘no’ and have priorities.”

How she feels now: “I see myself as more engaged in life. I could barely walk because of my knee, but now I have hopes of doing things that are more athletic, such as hikes. I don’t want to say anymore that I can’t do something.”

DIANNE MELTON, 50-SOMETHING
Weight loss: 32 pounds
The twist: HCG
A former professional dancer who still likes to cut loose on the dance floor, Dianne Melton never had an issue with her weight. Then came 50. “When I hit 50, everything started to slow down,” says Melton. “It was like my life force left me.” When her weight zoomed to 172 and her energy dropped, she sought help from Cheree Dunbar, M.D., a preventive and age-management medicine specialist in Folsom.

With HCG, a low-calorie diet, robiotics, bioidentical hormones and supplements including vitamins B and D, Melton lost 32 pounds and gained a new lease on life. “I feel 10 years younger—seriously,” she says. A self-professed workaholic and co-owner (with husband Tom) of Melton Financial Group in Roseville, Melton says she now feels “just as energetic as my assistants who are in their mid-20s and early 30s.”

MELTON’S APPROACH
Eating plan: Most HCG diet plans call for 500 calories, but Melton, being hypoglycemic, bumped it up to about 850, grazing on a little something every two hours. A high-protein shake would kick off the day, followed by possibly another shake mid-morning. Lunch and dinner were similar: big green salads and lean meats. Making her own salad dressings was the way to go, Melton says. “I’ve always made my own dressings from scratch—lemon juice, apple cider vinegar, fresh garlic, light olive oil, a little Grey Poupon. I never felt deprived.” To maintain her new weight, she eats healthfully, including small amounts of pasta in “fist-size portions, as it’s supposed to be.”

On HCG: “It totally sculpts you,” says Melton. “It targets the fatty areas of the body—the love handles, the tush, the stomach, upper arms, all the trouble areas—and melts off fat.” Melton adds that it’s important to get HCG from a doctor and not over the Internet.

Exercise: Run-walking on the treadmill and using resistance bands for strengthening are Melton’s mainstays. “I’m not there to kill myself,” she says, “but exercise is important.”

On listening to your body: As a dancer, Melton says, she’s always understood the importance of being in tune with your body. “We’re all running so fast in this society, we don’t really have much time to listen to our bodies anymore,”

How she feels now: “I’m so energetic, I feel I’ve got a whole new journey ahead of me now,” says Melton. “I’m ready to ride bikes and have fun with my grandkids. I’m ready to go.”

JIM TAYLOR, 58
Weight loss: 12 pounds (and counting)
The twist: L-tryptophan
Jim Taylor (not his real name) was not looking to lose weight when he sought the help of Trudy Scott, a local food-mood expert and nutritionist. Low energy and anxiety were his main concerns. But after Scott suggested a healthful eating regimen and some key supplements including vitamins C and D, a 12-pound weight loss was one of several pleasing byproducts. “I never thought of myself as overweight, but according to the weight chart, I apparently was,” says Taylor, a local attorney.

A major factor in his success: L-tryptophan, an amino acid known to curb cravings, reduce anxiety and depression, and aid sleep. It’s the increase in serotonin that does the trick, explains Scott. “A lot of people come to me for mood issues and end up with weight loss,” she says. “My approach is to get people healthy and address imbalances, and the weight will come off.”

TAYLOR’S APPROACH
Eating plan: Pumped up the protein and vegetables; reduced the carbs. Protein in the morning was the biggest shift, Taylor says. “I went from a Peet’s latte and a scone in the morning to three organic free-range eggs, sometimes by themselves or sometimes with a slice of gluten-free toast.” For lunch: a big garden salad with chicken and a variety of veggies, or maybe Korean tacos (chicken or tofu) on rice tortillas. For dinner: “Last night I had a little steak and baked potato and green salad. It’s fairly traditional around my house.”

Other dietary changes: He’s cut out caffeine, which for Taylor is huge. “I used to have two shots of espresso every morning and usually some black tea in the afternoon,” he says. Taylor also gave up gluten, forcing him to surrender “a lot of snacks and sweets.” Gluten does not seem to be an intolerance issue for him, so he may not give it up for life. “I’m trying to stay gluten-free for now, but . . . ”

Exercise: Taylor says he was fairly athletic until his son was born 13 years ago, which reduced his workout time. Getting older also has gotten in the way. “I’ve had some knee issues, so I had to stop running, and I haven’t done vigorous exercise for a long time,” he says. Taylor currently hits the gym twice a week to ride the elliptical machine for about 30 minutes, walks at lunch and tries to get in a long bike ride on the weekends. He’s planning to step it up with weight training and longer workouts, he says.

Curbing cravings: The L-tryptophan seems to help fight cravings, says Taylor. “I don’t crave the cookies and sweets late at night as much as I thought I would,” he says. “I do miss having good bread with a salad, and the ritual of coffee and scones in the morning.”

How he feels now: Taylor says he was a little skeptical about the power of dietary changes, but he’s been pleasantly surprised. “I have more energy, I’m sleeping better, and my stress and anxiety is reduced, I think because of the L-tryptophan,” he says. As for the weight loss, “I’m already looking toward having to take some clothes in.”