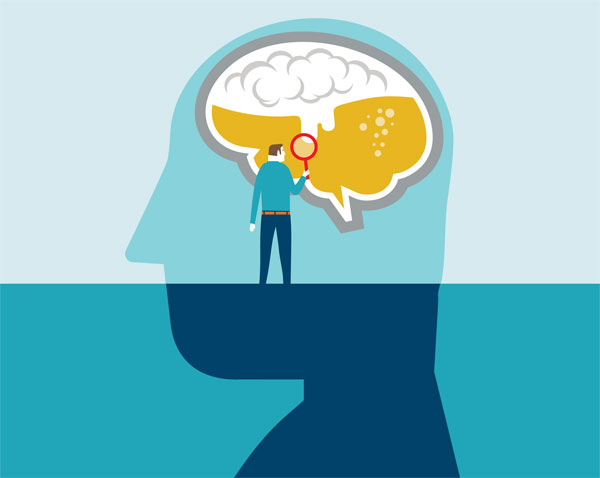 There is a drug crisis that kills at least 88,000 Americans each year. It destroys families and costs roughly $250 billion a year. No, not opioids. (Though they surely do pose a huge threat and claimed more than 63,000 lives in 2016). But in this case, I’m talking about alcohol. It’s a substance as old as civilization, and like many old problems, our approach to solving it is mired in the past. That, however, is starting to change.

When you think about alcohol abuse, what comes to mind? You have probably internalized the notion that you’re either an “alcoholic” or you’re not. And that you’ll know which you are when you “hit rock bottom.” And surely, you’ve heard the one sure way to recovery is to acknowledge you are powerless, recognize a higher power and get yourself to an Alcoholics Anonymous meeting where you will embark on a lifetime of sobriety.

Alcoholics Anonymous was developed in the first half of the 20th century, and it filled a need that medical science was not yet able to address. It soon became a national institution, often portrayed in movies as the path to redemption. The organization estimates that in January 2017 it had 61,258 groups and 1,276,165 members. According to “Inside Rehab,” a 2013 book investigating the treatment industry, there are roughly 13,000 rehab facilities in the United States, and 70 to 80 percent of them incorporate the 12-step method. AA is even ingrained in the justice system. About 12 percent of AA members are DUI offenders forced to attend meetings by court order.

Today, AA is still based around the 12 steps. Seven of them refer to God, prayer or spiritual awakening, but there are many agnostic followers who claim a loose interpretation of “higher power.” Moderators and sponsors are volunteers who are not required to obtain any specialized training or certification. But with so many faithful adherents and success stories over the years, AA has endured as the go-to refuge for drinkers in trouble.

I spoke with a local AA moderator (the title is actually “secretary”) about his own experience. Joe (not his real name) had been a successful lobbyist with the gift of gab and a weakness for alcohol. “It would make me do irresponsible things and shortchange my family,” he says. “I’d go out to get a loaf of bread and I might not come home.” One day, while on a blackout binge, he hurled some choice epithets at his boss and got himself fired. He eventually joined AA, where he bonded with others who had suffered as he had. He explained: “Before there was no structure between me and a drink. AA provided the structure I needed.” Now, at nearly age 70, he runs about five meetings a week and likens the program to the basketball fundamentals he teaches kids. “You learn by practicing until it becomes second nature.” He said now he doesn’t think about drinking but believes if he lost that structure, everything could change.

Clearly, AA has saved the lives of countless people like Joe, and that’s no small accomplishment. However, if you want to know how effective the AA approach really is, it depends whom you ask. The “Big Book” (the organization’s official guide) asserts it has worked for 75 percent of people who have gone to meetings and “really tried.” Dr. Lance Dodes, author of “The Sober Truth,” puts AA’s long-term success rate at closer to 5 to 10 percent. That’s a big gap, and surely the truth is somewhere in the middle. But “Handbook of Alcoholism Treatment Approaches,” a meticulous analysis of various treatments, ranked AA 38th out of 48 methods. At the top of the handbook’s list are methods that include brief medical intervention, motivational counseling and medicines that ease the cravings for alcohol.

Today, there are proven therapies—and prescription drugs—developed over many scientifically controlled studies that aim to help people escape the terrible cycle of bingeing, quitting and relapsing. We also know much more about human biology and the disease itself than when AA was born. Being an alcoholic isn’t as binary as was once thought, where you either are or are not one. “Alcoholism” isn’t even a proper term anymore. The American Psychiatric Association’s diagnostic manual now calls it “alcohol use disorder” and rates patients on a spectrum of severity based on their behavior patterns.

Dr. Mina Hah is medical director of adult services at Sutter Center for Psychiatry and is board certified in addiction medicine. Hah feels that while there is no one-size-fits-all approach to treating alcohol use disorder, there should be a strong medical component with any program—and yet that is not always the norm. “I’m surprised by how many patients I see with alcohol use disorder who have been struggling for years and years and never been offered these medications,” she says. “I definitely think as a medical community we can do a better job with that.”

To understand the pharmaceutical treatments, it helps to understand how alcohol affects us. It acts on many different parts of the brain, but one key aspect is that alcohol prompts the release of dopamine. When dopamine activates opioid receptors (yes, the same ones as with opioid addicts), you experience that feel-good chemical reward. For people who are heavy drinkers or problem drinkers, it would seem their brains are often wired in a such way that makes this reaction even more pleasurable than it is for most other people.

John David Sinclair, an American neuroscientist, began studying the problem in the 1960s. He began by giving rats alcohol for an extended period. He expected that after a long period of deprivation, the rats would lose interest in it. Instead, when he reopened the rat bar, they went on a total bender, drinking far more than they ever had before. He called this “alcohol-deprivation effect.” It led him to make a key realization: Going cold turkey is incredibly difficult, because it creates monster cravings in search of any little trigger. Sinclair theorized that if instead you could stop the endorphins from activating their receptors, you could weaken the cravings. He administered a drug that blocked the endorphins, and his rats gradually drank less and less.

The drug he used was naltrexone. It was later approved by the FDA in the 1990s for treatment of alcohol addiction. It is neither stimulative nor sedative, and it has minimal side effects. However, the reason you’ve probably never heard of it is that there was never any attempt to reach consumers. No “Ask your doctor” campaign. Many doctors were initially skeptical you could (or should) treat alcoholism by giving patients a drug. By the time naltrexone was available in inexpensive generic form, the pharmaceutical companies had little incentive to promote it.

Today, however, physicians like Hah regularly prescribe either naltrexone or acamprosate (a drug with similar success rates, though less thoroughly studied) along with targeted counseling such as cognitive behavioral therapy. And some treatment clinics are taking this model to surprising places.

Alavida, a Vancouver-based program with a facility in Santa Monica, offers problem drinkers a “gradual detox” approach, meaning that you don’t need to quit drinking before you start. In fact, the whole point is that you keep drinking. Initially, anyway. One hour before indulging, you take a dose of naltrexone. Every time you drink, you experience less pleasure. The four- to six-month program also incorporates medical screening, drink tracking, goal setting, counseling and support using a method licensed from the ContrAl Clinic in Finland, which has treated more than 5,000 patients and claims a 75 percent success rate in reducing patient consumption to a safe level.

However, what makes Alavida particularly unique (and relevant to Northern Californians) is that you don’t have to physically go there. You can meet your California state-licensed doctor and therapist through secure video conference on your laptop. Alavida CEO Elliot Stone explained this presents three key advantages.

“First,” Stone says, “there are many peer-reviewed studies that show it doesn’t matter if you’re on a video screen or in the room with the person. It’s the competence of clinician that affects outcomes.” Second, remote sessions circumnavigate the embarrassment and privacy factor. Clients can connect “from their home, their office or wherever they feel safe.” Third, the Internet radically extends access to the outer reaches of the state. “I can have a small team of well-trained people in one office, and they can offer care out to a population of say 30 to 40 million—and those people are accessing the best of the best.”

Stone is quick to point out that, even though medication is a valuable tool, it is no magic bullet. “This is going to sound cheesy, but the truth is you get out of it what you put into it. If you take the medication as directed, attend therapy with an open mind and a constructive spirit, and possess the motivation and readiness to change, chances are you will see improvement,” he says.

At Alavida, patients set their own goals and track their consumption in an online diary. They work with a licensed therapist to assess what activities and emotions trigger drinking and what benefits arise from drinking less. A survey of clients showed that 78 percent reduced their drinking to less than half of what it was before, or to below a level of increased health risk. About a quarter of the clients end up choosing abstinence, even though that is not a requirement of the program.

As Stone sees it, Alavida’s purpose is to remove barriers to treatment. “Not making someone come into a physical clinic, not making people pay $30k to spend 30 days away from their family and friends. Not making them tell anyone. Or go into group therapy if they don’t want to,” says Stone. “There’s a lot of hard work that comes with addressing a problematic relationship with alcohol. Our thesis is to give people all the right tools, in the right environment, and not get in their way.”